The Volkswagen is a fully imported model while the Skoda is a locally manufactured SUV. But underneath their hoods is the same 1.5-litre powertrain 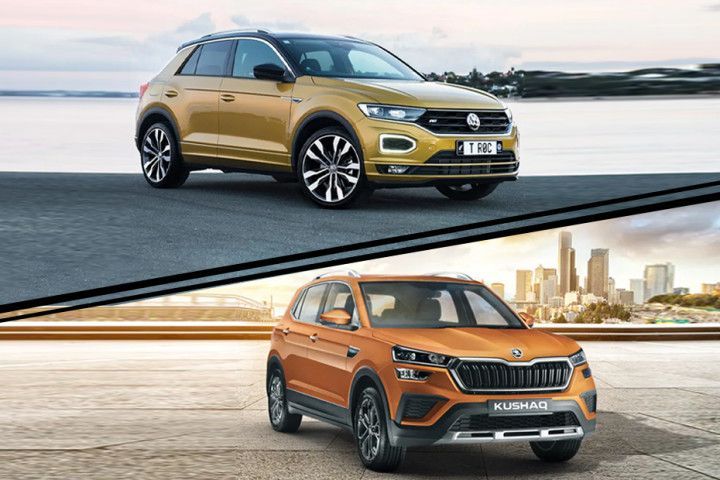 The Volkswagen T-ROC (Rs 21.35 lakh) and Skoda Kushaq (Rs 18 lakh for Style DSG) are two completely different animals. The VW is a fully imported model based on the MQB platform while the Kushaq is locally manufactured and is based on the MQB-A0 platform made specifically for compact cars. But, underneath their hoods is a familiar 150PS 1.5-litre TSI petrol engine, paired with a 7-speed DSG.

So in this test, we wanted to find out how both vehicles fare when it comes to the performance and fuel economy aspect.

Despite the rain gods not attempting to ease down the crazy downpour, the Skoda managed to beat the VW in both the runs by a slim margin. This could boil down to the fact that the Kushaq’s kerb weight is around 45kg lighter than the T-ROC, which tips the scale at 1350kg.

Would this help in favour of the Kushaq when it comes to the fuel efficiency aspect? Let’s find out:

Despite the T-ROC being heavier and using the same engine, it managed to beat the Skoda fair and square in the fuel efficiency runs. A quick look at the table above reveals the VW is 1.42kmpl and 2.6kmpl more efficient than the Skoda in the city and highway respectively.

We reckon this could boil down to the tuning of the engine as the T-ROC is fully imported and uses similar specifications as the European model.

When you see these vehicles in only the performance and fuel economy aspect, we feel the T-ROC shines. Sure, the VW is a tad slower in the acceleration runs, but it’s much more fuel efficient than the Skoda. And that’s why it wins this test.