Facelifted Volkswagen T-Roc Globally Unveiled, Could Come To India In 2022 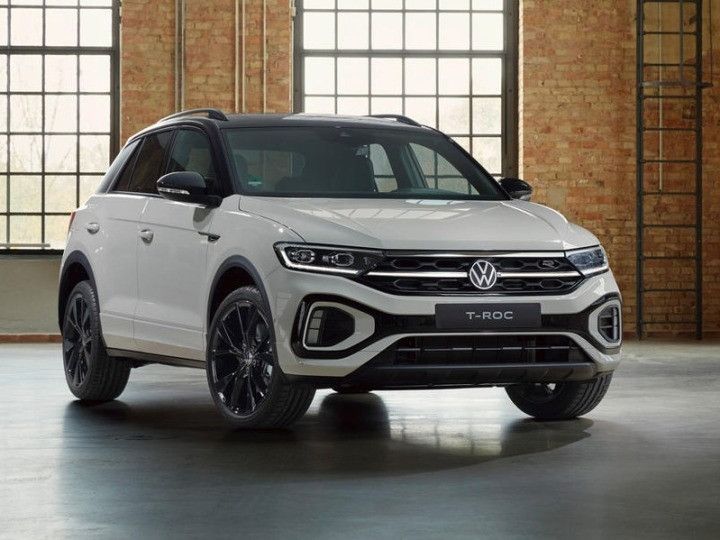 The facelifted Volkswagen T-Roc has made its global debut with a redesigned exterior and interior and a long(er) list of standard active safety and assistance features. Fingers crossed, it could come to India by mid-2022 if Volkswagen decides to continue the T-Roc here. Currently, the SUV is imported as a Completely Built Unit (CBU) in small batches, and it's priced at Rs 21.35 lakh (ex-showroom).

At the front, a new LED light bar runs across the length of the front grille and merges into the daytime running lamps that are placed within the headlights. Lower down, the new bumper features vertically stacked fog lamps with black surrounds and a wide blacked-out trim piece that separates the upper and lower grilles. At the rear, the taillights have new LED elements that, along with the simpler new rear bumper, give the T-Roc a sportier aesthetic than its predecessor. It still has full-body plastic cladding, but the trim pieces on the sides and below the front and rear bumpers are now body-coloured.

Inside, the 2022 T-Roc features a new floating touchscreen infotainment display with Android Auto, Apple CarPlay, voice recognition, and even traffic sign recognition. In Europe, the lower-spec variants will have a 6.5-inch screen as standard, while higher trim levels are expected to get 8- and 9.2-inch screens. Instead of dials, the dual-zone heating and air conditioning system has touch controls. The redesigned steering wheel is similar to the Taigun compact SUV’s wheel, and it features the new Volkswagen logo.

A total of five engine options will be available in Europe, but the 2-litre diesel engine (available in two states of tune) is unlikely to be offered if VW does decide to bring the 2022 T-Roc to India. Similar to the current generation, the India-spec 2022 T-Roc could be powered by a 150PS 1.5-litre TSI turbo petrol paired with the 7-speed DSG dual clutch automatic.

Volkswagen also unveiled the SUV’s sportier ‘R’ model and convertible two-door variant. The T-Roc R is powered by a 2-litre TSI turbo petrol engine that makes 296PS/400Nm, enough for the SUV to complete the 0-100kmph sprint in just 4.9 seconds! 4Motion all-wheel-drive will be standard on the R variant, but the 2-litre petrol and diesel engines can also be had with this feature.

The 2022 Volkswagen T-Roc gets a predictive adaptive cruise control system and more advanced front, side, and lane assistance systems. In India, Volkswagen has sold out the second batch of CBU-imported T-Roc SUVs, but future plans for local assembly or continued imports remain unclear. If the 2022 T-Roc is brought to the country, it is expected to be priced at a premium over the current-gen model.