VW Is Now Making The ID.3 EV, And Here’s Why That’s Important

The ID.3 comes carbon-neutral from the factory 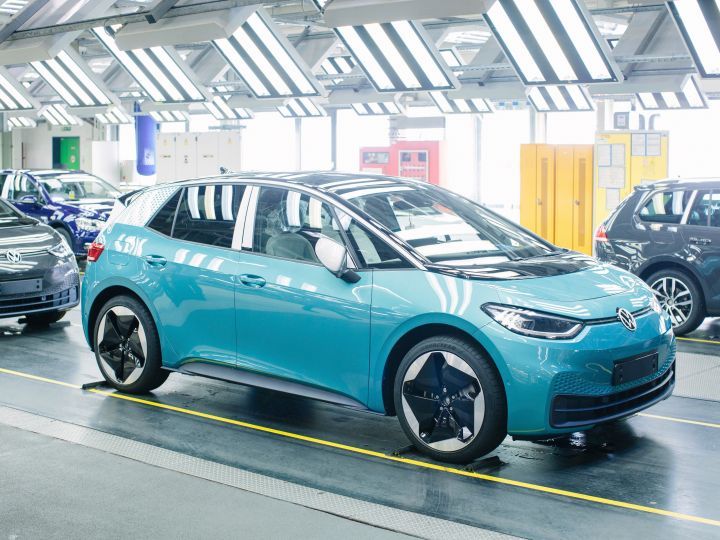 Volkswagen has just rolled out the first ID.3 electric vehicle (EV) from the assembly line at its  Zwickau plant in Saxony, Germany. The company has invested EUR 1.2 billion (approx Rs 9,440 crore) in the transition from building combustion vehicle parts to making EVs at this plant. VW stated in a release that “Zwickau is already scheduled to produce some 100,000 electric models next year.” Most of these will be Volkswagen’s ID range cars, the first of which is the ID.3. The all-electric hatchback will be launched in the summer of 2020 in European markets. Prices will start from EUR 30,000 (approx Rs 23.62 lakh), with no word on an India launch yet. However, there is a reason this is an important car on a global scale, and could even be right up there with the famed VW Golf and Beetle. Here’s why:

The ID.3 EV is being pitched by the company as a potential volume seller. It is VW’s first vehicle built on an EV platform built from the ground-up - the Modular Electric Drive Toolkit (MEB) architecture which will be shared among VW Group carmakers. The company claims that 35,000 customers in various countries have put down a deposit for their own ID.3 hatchback. This is a stepping stone in the company’s move toward becoming climate-neutral by 2050.

Engineered to reduce its impact on the environment in every way possible, the Zwickau plant features “some 1,700 robots, driverless transport systems and fully-automated manufacturing processes,” according to the release shared by VW. But it wasn’t always like that. The facility was set up before the Second World War by Auto Union, the company which later became Audi.

Prior to the 1990 buy-in by VW, Trabants were being produced at the facility. A stark contrast to the aspirations of the current owner, which states that “from 2021, up to 330,000 EVs will leave the assembly line each year, making the site the largest and most efficient EV factory in Europe and a trailblazer in the transformation of Volkswagen’s global production network.”

Volkswagen’s ID.3 has the potential to become a people’s electric car, but can it be a phenomenon as far-reaching as the Beetle or the Golf? For that, the ID.3’s timing couldn’t be better - governments in most developed countries incentivise EV ownership. With 60 per cent of global EV sales within its own borders, China has grown to become the largest electric car market in the world. India, too, is catching up - the government recently deregulated laws pertaining to the setting up of charging infrastructure and set up guidelines for the growth of the EV sector. We hope this will help make India an inviting market for EVs like the ID.3 and pave the way for a sustainable future.