Auto Expo 2020: Here's Your Guide To All The Cars And Their Makers 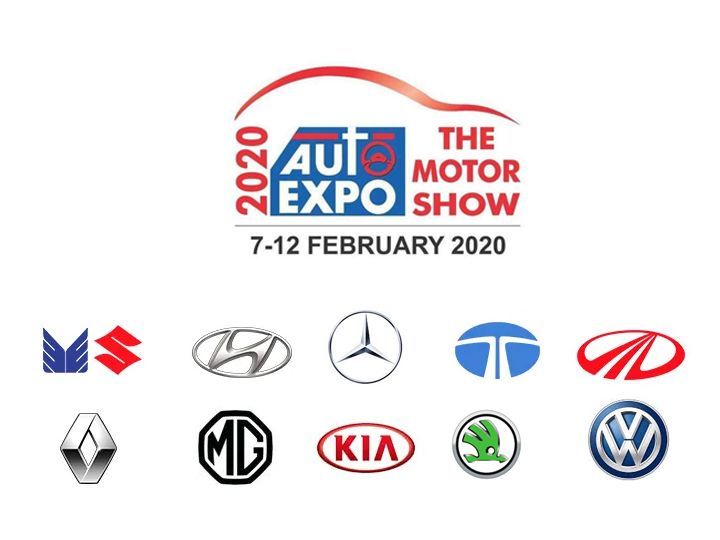 Auto Expo 2020, slated to take place from February 7 to 12, is right around the corner. Clearly, the infinite teasers from various manufacturers hint that the central theme will be electric mobility. We’ll also witness Great Wall Motors (GWM) make their Indian debut at the event with quite a few tonnes of SUVs. Also coming is a host of new BS6-compliant cars from Maruti Suzuki, Hyundai, Skoda and more.  And last but not the least, the show will be dominated by SUVs thanks to the shifting trend. So as we inch closer to Auto Expo, here’s a comprehensive list of all the manufacturers who’ll be present.

Great Wall Motors (GWM) will make their India debut at Auto Expo 2020. The SUV giant will showcase SUVs and electric vehicles from the Haval and Ora brand respectively. Further, the global unveiling of the Havel Vision H concept will happen at Auto Expo 2020. Other Haval SUVs like the H9, H6 and H2 will be present at the event. One could also expect to see pick-up trucks from Great Wall Motors as well. Read more about GWM’s Auto Expo plans right here.

India’s largest carmaker, Maruti Suzuki, will naturally make its presence felt at the Expo. The manufacturer has recently confirmed its lineup and the limelight will be on its swanky Futuro-E concept.  Other highlights at Maruti Suzuki’s stall will be the launch event of the Vitara Brezza petrol and Ignis facelift. Both models will also receive a facelift and BS6-compliant petrol engine. Another interesting model that will be showcased at the pavilion along with 14 other cars is the Swift hybrid. And to add to the happy news, we could also see the Jimny at the event!

Hyundai, the second manufacturer leading the sales chart in India, will be present. Their main highlight will be the unveil of the 2020 Hyundai Creta and facelifted Verna. Both models will feature revamped looks, more features and BS6-compliant engine options. Hyundai will also launch the facelifted Tucson at the motor show. It comes with new design elements, a refreshed interiors and most probably BS6-compliant engine options. Further, Hyundai will showcase the i30N hot hatchback as well as the eco-friendly Nexo fuel cell SUV.

Tata Motors will be present at Auto Expo 2020 with a handful of SUVs. The noted ones will be the unveiling of the 7-seater Gravitas and 2020 Harrier. The latter has been teased and will come with a couple of feature additions and the long overdue automatic gearbox. Further, we could also witness a close-to-production version of the H2X compact SUV that has been spotted testing in India for a while. We could also see a production version of the Altroz EV with the Ziptron electric powertrain.

Morris Garages will showcase a host of SUVs. The SAIC-owned British automotive marque will showcase the i-Vision, a concept MPV which will boast future tech of MG cars. It will also reveal the Maxus D90 SUV, a Ford Endeavour and Toyota Fortuner rival. We could also see the unveiling of the more luxurious Hector 6-seater as well as a small SUV, possibly akin to the Baojun RS-3. MG could also showcase its international models like the MG 6 hatchback as well as the MG 360 sedan. Expect it to launch in India way later though, as Morris Garages is concentrating on an SUV-only portfolio for the first three years in India.

Kia Motors India will have an action packed pavilion at Auto Expo 2020. The highlight will be the launch of the Carnival premium MPV which we have recently driven. The QYI sub 4-metre SUV concept will also be revealed at Auto Expo 2020 and the manufacturer gave us a sneak peek last week. The manufacturer could showcase the recently unveiled K5 Optima sedan as well. We also hope to hear more news about its plans for the Soul EV, the feisty Stinger GT, the Sportage crossover and the Niro hatchback.

Volkswagen India has revealed its Auto Expo plans via the SUVW teaser. The German carmaker will showcase four new SUVs at Auto Expo 2020. This includes the Tiguan Allspace, the T-ROC premium midsize SUV and the India 2.0 SUV based on the MQB-A0-IN platform. Last but not the least, VW will also showcase the ID.Crozz, a surprise as Volkswagen doesn’t have any electrification plans for India in the near future. Could the showcase reveal news about VW’s electric journey in India. Only time will tell.

Skoda will be present at the 2020 Auto Expo and will have an action packed stall. The main highlight will be the unveiling of the Vision IN that’s being jointly developed with VW. It’ll also launch the much awaited Octavia RS245 at the event. Then there’s the flagship Superb facelift, the Kodiaq TSI and the Karoq SUV that’ll be showcased at the event.

Fancy SUVs and Electrics? Mahindra will be present at Auto Expo 2020 with four new electric cars - the XUV300 electric, eKUV100 electric, possibly the XUV500 electric concept and a close-to-production version of the Atom super compact EV. The first two cars could be launched later in the year. Meanwhile, Mahindra will also showcase the BS6-compliant Alturas, XUV300 and the Marazzo. But if you’ve been eagerly waiting for the 2020 Thar, we’re sorry to say, it might not make it to the event.

French carmaker Renault will showcase 12 cars at Auto Expo 2020. The main highlight at Renault’s pavilion will be the HBC sub 4-metre SUV, which has already been spotted testing. Renault could also launch the Triber AMT and the Triber Turbo-petrol at the motor show. We could also see a Kwid-based sub 4-metre sedan concept at the pavilion.

German carmaker Mercedes-Benz has revealed its Auto Expo plans. The German carmaker will have two high profile launches at the event - AMG GT 4 Door Coupe and the V-Class Marco Polo. Apart from that, Mercedes will also showcase the 2020 A-Class sedan, 2020 GLA as well as the EQC electric SUV. We also expect to see the new CLA and GLS as Mercedes will be launching these two cars in India. Further, Mercedes-Benz is the only luxury carmaker you’ll be seeing at Auto Expo 2020.

So this is a list of all the carmakers at Auto Expo 2020. The 2020 edition of the expo does look like an action-packed venue and we hope it is just what the doctor ordered for the auto industry that had a bit of downer in 2019. The  ZigWheels website and YouTube channel will bring you complete coverage of Auto Expo 2020, so watch this space!