Master The Art Of Speed With Speed Triple 1200 RS

Triumph has unveiled its most performance-oriented naked yet, the Speed Triple 1200 RS 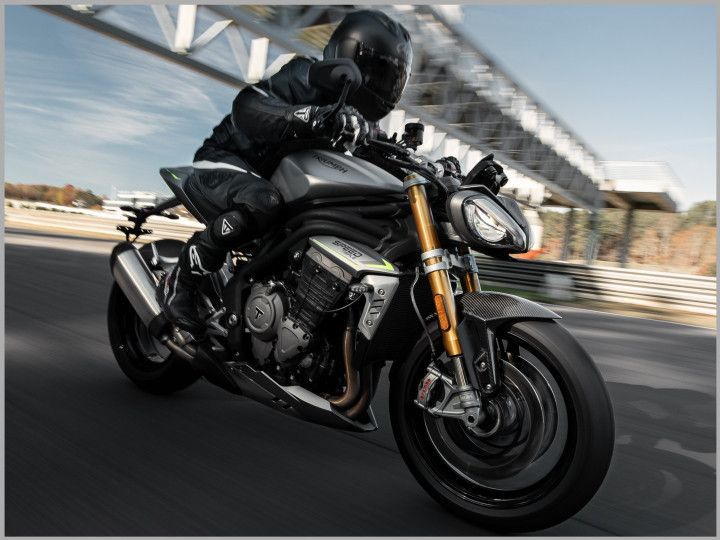 Let’s face it, compared to the rest of Triumph’s lineup, the Speed Triple has become a little too long in the tooth. While its smaller sibling, the Triumph Street Triple range received significant updates in the recent past, the same cannot be said about the Speed Triple. However, things have now changed with the introduction of the all-new Triumph Speed Triple 1200 RS. This will be the Hinckley-based brand’s most performance-oriented naked yet.

Now, let’s put on our geek-glasses and see what the new Speed Triple 1200 RS is all about. The biggest talking point has to be the all-new 1160cc triple engine, developed in conjunction with Triumph’s Moto2 race engine programme. Along with the increased displacement over the older 1050cc triple, this motor makes 30PS and 8Nm more. The new motor churns out a heart-pounding 180PS at 10,750rpm and 125Nm at 9000rpm. Also Read: Triumph Street Triple R Road Test Review

Despite the bigger displacement, the engine is not only more compact than its predecessor, but also lighter by a whopping 7kg. Triumph also says the inertia is down by 12 percent for a faster revving capability. As expected, the engine is mated to a 6-speed transmission with assist and slipper clutch, along with a standard bi-directional quickshifter.

This powerhouse of a powertrain is reined in by a 6-axis IMU-based cornering ABS with two levels of intervention (Road and Track), a four-level traction control (Road, Rain Sport and Track) linked to the wheelie control, and more importantly, five riding modes: Rain, Road, Sport, Track and Rider. For extra safety, power is restricted to ‘just’ 100PS in the Rain mode.

The engine sits inside an all-new aluminium twin-spar frame with an aluminium bolt-on subframe. It is 17 percent lighter and offers better mass centralisation than before. This coupled with the lighter, more powerful engine has resulted in a commendable 25 percent better power-to-weight ratio than the previous generation. If you compare it with the original 1994 Triumph Speed Triple, the power-to-weight ratio has almost doubled. That’s the marvel of today’s technology! Oh, it is also 10kg lighter than its predecessor, at 198kg wet. Also Read: Triumph Tiger 900 Rally Road Test Review

To fully exploit the chassis, Triumph has equipped the motorcycle with an Ohlins NIX30 upside-down front fork and Ohlins TTX36 twin tube rear monoshock, both adjustable for pre-load, rebound and compression damping. Brakes are top-notch too. You get a pair of 320mm front discs with top-of-the-line Brembo Stylema radial calipers and a 220mm rear disc with a 2-piston Brembo caliper. Team these up with the 13mm wider handlebar, footpegs positioned slightly inward for a more aggressive stance, and a fairly tall 830mm seat and you get a machine that can handle your daily commutes and track outing with aplomb. Speaking of track rides, you’d be happy to know this motorcycle wears Racetec RR shoes -- Metzeler’s highest-spec tyres for road use. A set of even grippier Pirelli Diablo Supercorsa SC2 is available as an option to get the most out of the bike on track days.

As you would expect from a modern Triumph, the Street Triple 1200 RS is loaded to the gills with geeky features. You get a proper 5-inch TFT instrument cluster with dedicated switch cubes for menu navigation on the left handlebar, standard My Triumph Connectivity with turn-by-turn navigation, GoPro control, phone control and music operation. To match the go with the show, the twin headlamp looks a lot sharper now and the lighting system is all-LED.

Triumph will be launching this motorcycle in India on the 28th of this month. We expect it to cost around Rs 17 lakh (ex-showroom). It would be a fine alternative to the savage Kawasaki Z H2 and the upcoming Ducati Streetfighter V4.