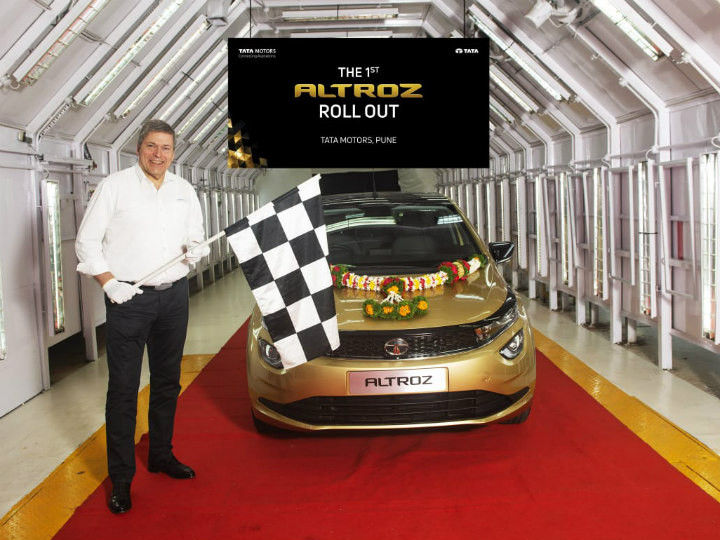 As its expected December 3 unveil date nears, more and more details about Tata Motors’ upcoming premium hatchback, the Altroz, keep on being revealed. The carmaker has now announced the rollout of the first Tata Altroz unit from its plant in Pune just days after releasing a teaser video. The car has been spied both in India and abroad on numerous occasions this year. Post its unveil, the Altroz will be launched by January 2020 with an expected price range between Rs 5.5 lakh and 8.5 lakh. Once launched, it is expected to take on bestsellers like the Maruti Suzuki Baleno and Hyundai Elite i20.

We also have a glimpse of what’s inside thanks to spy shots. The Altroz gets a premium look finished in grey and black with equipment like a floating infotainment screen, ambient lighting, Android Auto, climate control, and a semi-digital instrument cluster like the Harrier. Other highlights include a digital multi-info display, cruise control, and automatic headlamps. Expect safety features like dual airbags, ABS with EBD, rear parking sensors with camera, high-speed alert along with driver and co-driver seatbelt warning.

Expect the Altroz to be powered by BS6-compliant petrol and diesel engines. Aside from the naturally aspirated 1.2-litre petrol that also powers the Tiago hatchback, it is likely to have the option of the 1.2-litre turbocharged petrol engine from the Nexon in a different state of tune. The diesel variant could be a detuned 1.5-litre engine from its compact SUV cousin. The naturally aspirated petrol mill could come with a 5-speed manual/AMT whereas the other two engines could get a 6-speed manual/AMT.

Hereā€™s All You Need To Know About The Tata...