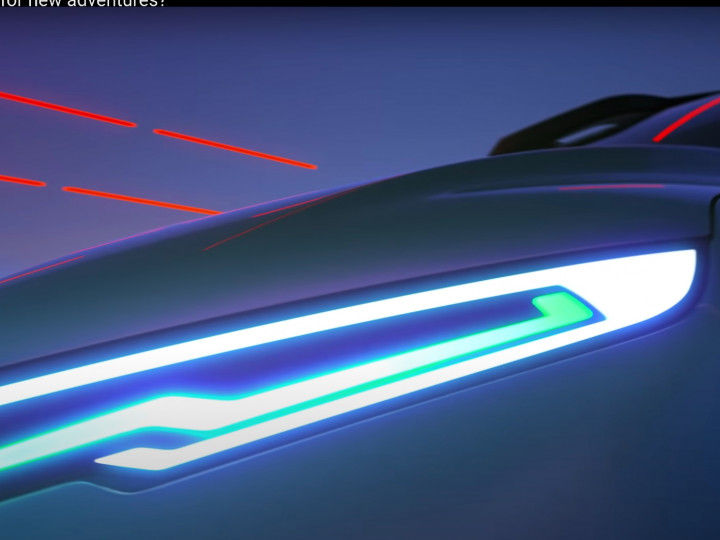 Renault has released the first teaser of its upcoming HBC sub-4 metre SUV that’s likely to be called the Kiger. It’s essentially Renault’s version of the Nissan Magnite. Renault has teased the concept version in this video, but we expect the production model to retain most of the design elements.

It comes with a split LED headlamp setup, with the DRLs running across the width, just like the Mercedes-Benz EQC. The Kiger’s profile looks similar to the Magnite. It gets flush-fitting door handles featuring green inserts which continue to the rear spoiler. Last, but not least, it’s likely to feature LED tail lamps, a feature absent in the Magnite.

We are yet to see the Kiger’s interior, but it could borrow bits from the Triber and Magnite. The feature list should be similar to the Magnite with highlights being an 8-inch touchscreen infotainment system with Apple CarPlay and Android Auto, automatic climate control, cruise control, a digital instrument display, LED headlamps, and connected car tech. Safety should be covered by electronic stability control, rear parking sensors, a parking camera, ABS with EBD, and up to four airbags.

The Kiger will be based on Renault’s CMF-A+ platform which underpins the Triber and Magnite. It will come with two 1.0-litre turbo-petrol engines: a naturally aspirated unit developing 72PS/96Nm and a turbo-charged motor putting out 100PS/160Nm. Just like the Magnite, a 5-speed manual gearbox will come as standard while the CVT will be limited to the turbo-petrol engine.

The Kiger will likely be unveiled in concept form ahead of its market introduction, possibly by March 2021. Apart from the Magnite, the Kiger will rival the Kia Sonet, Hyundai Venue, Tata Nexon, Ford EcoSport, Mahindra XUV300, and Maruti Suzuki Vitara Brezza.