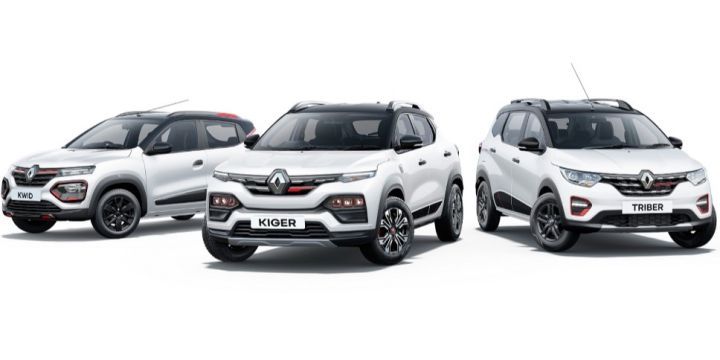 Renault has released new Festive Limited Edition (LE) variants of its entire range that comprises the Kwid, Triber and Kiger. Limited to the top-spec trims (RXZ in the Triber and Kiger; Climber in the Kwid), the Festive editions get a common dual-tone paint scheme with red accents on the front grille, doors and around the headlights.

All Festive LE vehicles get a common white paint shade with a contrast black roof and red accents on the front grille, headlight surrounds (DRL surrounds on the Triber) and roof rails.

In the Renault Kiger, you also get red brake callipers in addition to other sporty trim bits. The top-spec subcompact SUV already offers features such as cruise control, a seven-inch touchscreen, Arkamys-tuned six-speaker audio system and wireless phone charging.

The Tiber Festive LE doesn’t have alloy wheels, but it does get gloss black finish for the door handles and wheel covers in the same five-split spoke design.

You can only get the Kwid Festive LE with a 1-litre engine. Apart from the red accents, the special edition hatchback also has red accents on the roof rails and a red Climber logo on the C-pillar. As with the Triber, the Kwid doesn’t get alloy wheels, but instead gets gloss black wheel covers and ORVM housings.

The Festive LE variants are priced the same as the top-spec variants of each of the vehicles.

The Kiger gets a 1-litre naturally aspirated (NA) petrol unit and a 1-litre turbo petrol one. While the latter is offered with a five-speed manual and AMT automatic, the turbo engine can be had with a CVT automatic as well.

Renault’s special edition vehicles will be available to book from September 2 onwards. 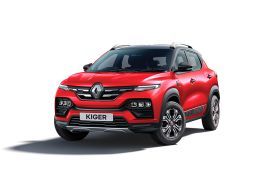 All Comparisons of Kiger