It will rival the Mahindra XUV500, Toyota Innova Crysta and the upcoming Tata Gravitas 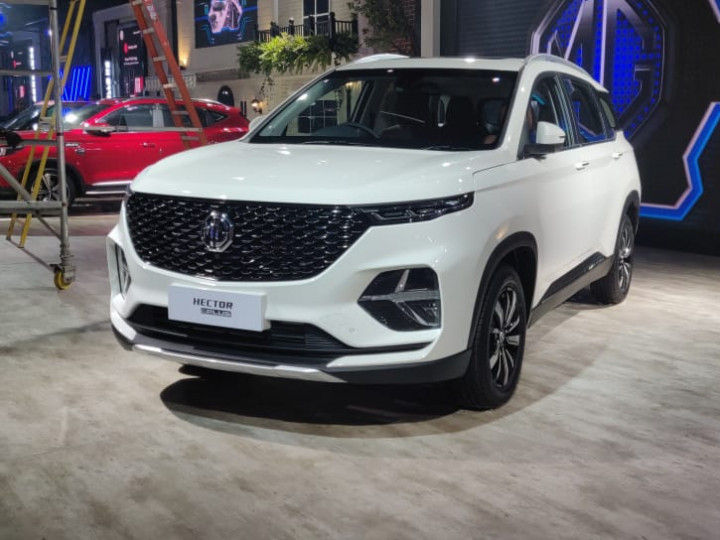 Since the MG Hector Plus debuted at Auto Expo 2020 back in February, the carmaker has been revealing more and more details about the 3-row SUV. And now, with the launch of the SUV just around the corner, MG Motor India has revealed that bookings for the Hector Plus have officially commenced for a token amount of Rs 50,000.

Its silhouette is similar to the standard Hector but it sports differentiating bits such as a new grille, DRLs and LED headlamps, revised detailing for the LED taillamps, and relatively cleaner-looking bumpers. The Hector Plus now measures 4,720mm in length, 65mm longer than the standard model, but that’s solely due to the reworked front and rear profiles. Other dimensions including the wheelbase remain the same.

One of the biggest talking points in the Hector Plus is the presence of captain seats in the second row, with a 7-seater configuration expected to debut at a later date. It comes equipped with features such as a 10.4-inch infotainment system, with Apple CarPlay and Android Auto, a dual-pane panoramic sunroof, i-SMART 2.5 connected car tech with more than 55 connected features, and 8-colour ambient lighting. Other notable bits include smart-swipe automatic tailgate opening, heated ORVMs, Infinity sound system, and a coloured multi-info display.

Under the hood, the Hector Plus will retain the BS6-compliant 1.5-litre turbo-petrol and 2.0-litre diesel engines from the standard Hector. Performance figures remain the same at 143PS/250Nm (petrol) and 170PS/350Nm (diesel). The 1.5-litre petrol engine is also available with a mild-hybrid option that features start stop and torque boost functions. In terms of transmission options, the 1.5-litre petrol mill is paired to a DCT transmission, whereas the petrol-hybrid and 2.0-litre diesel engine options are paired to a 6-speed manual gearbox.

The Hector Plus will be sold in three variants: Super, Smart and Sharp in six body shade options. Expect the Hector Plus to be priced at a premium over the standard Hector that retails from Rs 12.73 lakh (ex-showroom Delhi). It will go up against the likes of the Mahindra XUV500, Toyota Innova Crysta, and the upcoming Tata Gravitas.