Prepare For An Action-Packed Week With Numerous Car Launches/Debuts 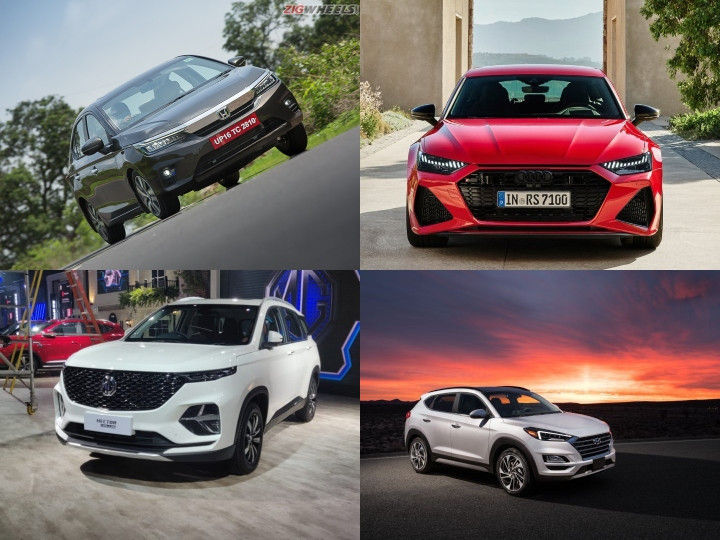 With lockdown restrictions easing up, the auto industry has a lot of work to do to make up on time lost due to the coronavirus pandemic. And next week is set to be a very busy one for the Indian auto industry with a slew of launches and an India-bound global debut. The lineup ranges from a couple of next-gen sedans, a facelifted SUV, a third-row SUV variant as well as a new sub-4m SUV making its debut. Here’s a guide to what’s coming this week:

After its debut at Auto Expo 2020,  MG Motor India will finally launch the third-row variant of the Hector SUV on July 13.  It will be offered in three variants: Super, Smart and Sharp and will retain the standard model’s 143PS 1.5-litre petrol engine and 170PS 2.0-litre diesel engine. Prices are likely to start from around Rs 16 lakh (ex-showroom). It will lock horns with the likes of the Mahindra XUV500, Toyota Innova Crysta, and the upcoming Tata Gravitas.

Another model that debuted at Auto Expo 2020 and is launching this week is the facelifted Hyundai Tucson. It will feature various cosmetic upgrades and additional equipment inside. It will be powered by 2.0-litre BS6-compliant petrol and diesel engines. Expect the updated Tucson to be priced at a premium over the current model that retails from Rs 18.76 lakh to Rs 26.97 lakh (ex-showroom Delhi). It will go up against the  Jeep Compass, Volkswagen T-ROC, the Skoda Karoq, and the upcoming Citroen C5 Aircross and Volkswagen Tiguan.

Next on the list is the 5th generation of the Honda City sedan that will be offered in a total of three trims: V, VX and ZX. The new City will be based on an updated platform and will be longer and wider than the model it replaces despite the same wheelbase. The cabin will see a major refresh followed by feature upgrades. The new City will be powered by two BS6-compliant 1.5-litre petrol and diesel mills paired to 6-speed manual and CVT transmission options. For the time being, its predecessor will be sold alongside the new model. Expect prices to begin from Rs 11 lakh. It will rival the Maruti Ciaz, Hyundai Verna, Toyota Yaris, Volkswagen Ventoand the Skoda Rapid.

Rounding off the  launches this week will be the 2020 Audi RS7. Based on the A7, it gets aggressive upgrades in the form of 21-inch alloy wheels, blacked-out inserts and dual exhausts. Interior highlights include Audi’s twin-screen setup, sports seats and Alcantara upholstery. It will be powered by a 4.0-litre twin-turbo V8 paired to a 48V mild-hybrid system which will produce 600PS and 800Nm. Expect prices northwards of Rs 1.50 crore (ex-showroom). It will lock horns with the BMW M8 and the Mercedes-AMG GT 63 4 Door.

And finally, we’ll have a new model, the Nissan Magnite sub-4 metre SUV, making its debut in India.  Latest teaser images show bold design elements with some inspiration from Datsun models like a single-piece front grille with LED DRLs. Interiors are yet to be revealed but we expect it to be loaded with premium features. It is likely to be powered by the Triber’s 72PS 1.0-litre naturally aspirated engine and a new 1.0-litre turbo-petrol unit that could develop around 100PS. Pricing should be competitive with an expected starting price of Rs 5.5 lakh (ex-showroom). It will rival the Tata Nexon, Ford EcoSport, Maruti Vitara Brezza, Hyundai Venue and the Mahindra XUV300.