The upcoming 6-seater MPV will debut on August 21 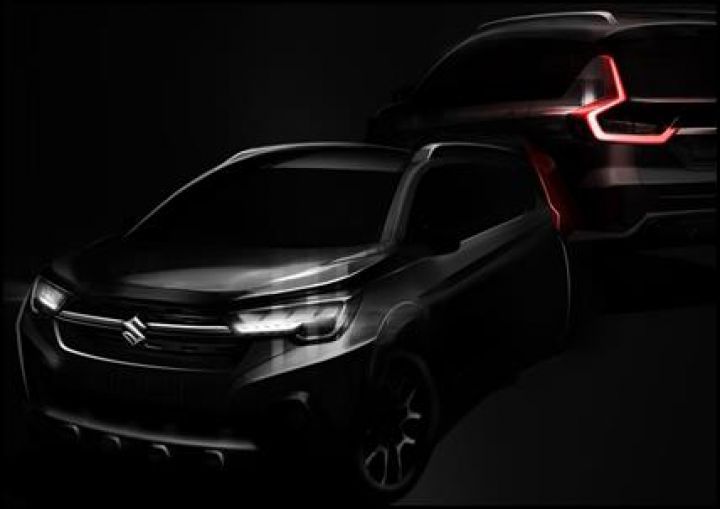 Maruti Suzuki has teased the upcoming XL6 MPV through an official design sketch. While the Ertiga-based XL6 was spotted testing a couple of times already, this is the first time that Maruti has let out details of the premium MPV, which is set to be launched on August 21.

Based on the design sketch, we can safely say that the XL6 looks premium and sporty with it’s distinct face. The grille, headlamps and the whole front-end has been completely revised. The result of all this is a premium looking MPV despite sharing its underpinnings with the Ertiga. The side profile, meanwhile, stays true to the design of the Ertiga. The rear end comes with a different bumper design along with larger black cladding and a faux diffuser to give it a more rugged appeal.

The MPV also gets wider wheel arches covered in black cladding and blacked out alloy wheels. Up until recently, we only had spy images of the XL6 in the Nexa Blue shade, but a Dignity Brown colour was also spotted while on test. Overall, the design sketches give out a sporty image which is more in tune with the Ertiga Sport (which was launched in Indonesia) while the spied images lean towards a crossover-ish design language.

Other changes include roof rails, raised ride height and all-black interiors with captain seats for the second row, making the MPV a six seater. The XL6 is expected to be powered by the 1.5-litre Smart Hybrid motor that produces 103PS of power and 138Nm of torque. With BS6 norms set to be implemented in 2020, the XL6 is highly unlikely to make use of the 1.5-litre DDiS 225 diesel motor (95PS/225Nm). We expect the transmission duties to be taken care of by a 5-speed manual gearbox, although the chances of an automatic gearbox cannot be ruled out either.

Maruti will be positioning the XL6 above the Ertiga as a more feature rich rival to the Mahindra Marazzo and the Renault Lodgy and will sell it through its Nexa retail channel in India. Being a premium offering, it is most likely to offer additional kit (likely to get LED DRLs, cruise control, new Smart Play infotainment system, etc.) over the standard Ertiga while also carrying a premium price tag. For reference, the Ertiga is priced at Rs 7.45 lakh to Rs 11.21 lakh (ex-showroom Delhi).