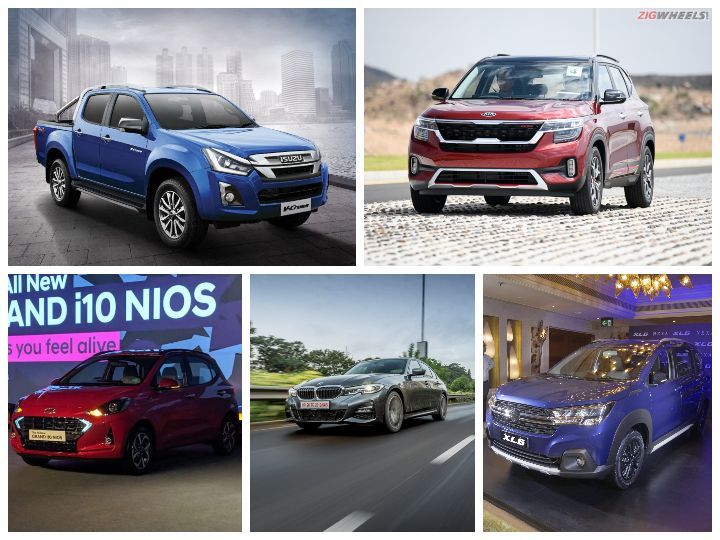 Over the past seven days, the country witnessed not one or two, but five new car launches. This might come as a surprise as the industry has been facing a severe slowdown for some time now. Nevertheless, the first car to be launched last week was Hyundai’s Grand i10 Nios, followed by Maruti Suzuki’s XL6. Both of them promise to be high on the premium factor. Meanwhile, BMW introduced the seventh-gen 3-Series that promises to be more sportier than ever. After that, we saw one of the most anticipated launches of the year in the form of the Kia Seltos. Finally, Isuzu’s D-Max V-Cross also came to the party with a new powertrain option.

Have all the updates made the i10 Nios pricier than the Grand i10 ? Find out here.

Maruti Suzuki XL6 Is Here To Make A Statement:

Maruti Suzuki launched its premium MPV based on the Ertiga called the XL6. As the name suggests, the Nexa offering is a six seater MPV that comes with captain seats for the middle row. It also features revamped looks and comes with a handful of premium features like cruise control, LED headlamps with auto-on function and leather upholstery. The XL6 comes with a BS6-compliant 1.5-litre petrol engine mated to Suzuki’s Smart-Hybrid system. It puts out 105PS of power and 138Nm of torque. Transmission options include a 5-speed manual and a 4-speed torque converter. Available in a total of four variants, find out their prices here.

The Seventh-gen 3 Series Is Sporty Yet Comfortable!

BMW has launched the seventh-gen 3 Series in India. The G20 3 Series is underpinned by the carmaker’s Cluster Architecture (CLAR) platform and has grown in size too. Before you ask, the kidney grilles have also become bigger than ever before. It also looks more sleeker now and comes with a restyled interior with more tech features. The 2020 3 Series comes with a 2.0-litre diesel and a 2.0-litre petrol unit that drives the rear wheel. In true Bimmer fashion, the carmaker claims that it drives even more sportier than the old model despite being bigger. But at the end, how big is the 3 Series’ price tag? Find out here.

Seltos Kicks Off Kia’s Indian Innings With A Bang:

The much-anticipated Kia Seltos has finally been launched in India. It looks to revolutionise the compact SUV segment and has racked up more than 32,000 bookings so far. The Seltos comes with premium styling and features inside-out. Further, it comes with a plethora of engine and transmission options. Spread across eight variants, Kia has made sure that there is a Seltos for everyone. To top things up, Kia surprised us with the Seltos’ attractive price tag.

The big and burly Isuzu pick-up has finally received a new heart as well as an automatic transmission. The manufacturer has plonked a smaller 1.9-litre diesel engine that develops 150PS and 350Nm of torque. But don’t judge a book by its cover as the smaller engine makes 16PS and 30Nm more than the bigger 2.5-litre motor, which is still on offer in lower variants of the D-Max. Also new is the 6-speed automatic transmission that can be had with the new engine option. There’s a catch though and it’s the price tag of the diesel-automatic combo.