Here’s What A 7-Seater Maruti Suzuki XL6 Looks Like

The XL7 launched in Indonesia is 5mm longer and 10mm taller than the India-spec XL6, but will it come to our shores? 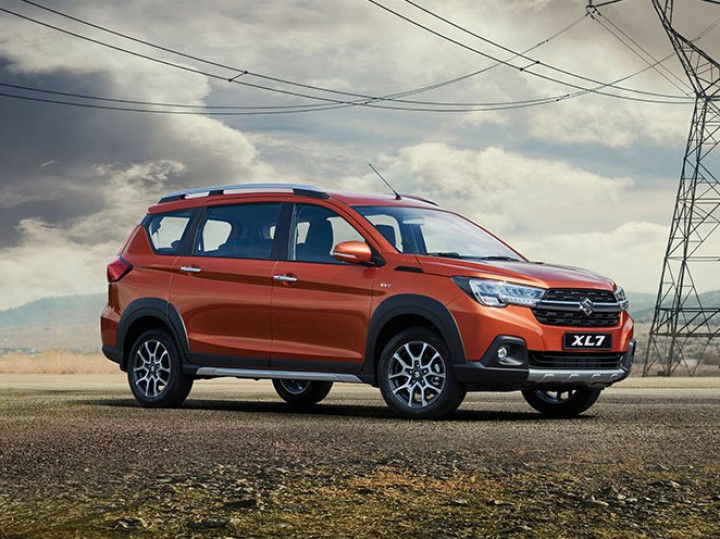 Some of you may know the Maruti Suzuki XL6, which was launched in August 2019, is the premium 6-seater version of the Ertiga. And this orange MPV you see here is the XL7, basically the XL6 with seven seats, or more precisely a bench seat for the middle row passengers. Suzuki has launched the XL7 in Indonesia and the big question is -- is it coming to India?

It is safe to say that the XL6 has done well since its inception. Most of it is down to the distinct styling and added kit in contrast to the omnipresent Ertiga. Cosmetically, what differentiates the XL7 from the XL6 are the 16-inch alloy wheels, wider tyres, contrast black roof, and a rear spoiler. Digging into the specification sheet also reveals that the XL7 has grown a wee bit in size - 5mm longer and 10mm taller.

Apart from the obvious seating layout, the XL7 also features a bigger 8-inch infotainment system and a rearview camera mounted on the internal rearview mirror. The other difference is the increased boot space of 803 litres (692 for XL6) when both second and third row are folded down. But when all the seats are up, the XL7 loses out on some boot space at 153 litres as opposed to the XL6’s 209 litres. Both rugged MPVs share the same feature list as well with some of the highlights including the push-button start system with keyless entry, a coloured multi-info display, and automatic climate control.

Mechanically, it remains similar to the XL6 using the 1.5-litre K15B petrol engine good enough for 105PS/138Nm. Transmission choices include a 5-speed manual and a 4-speed automatic. There is no news as to whether the XL7 will make it to India. If it happens, expect the XL7 to be priced the same as the XL6 (Rs 9.85 lakh to Rs 11.51 lakh, ex-showroom).