All variants lose out on one feature, whereas the other two features are only removed from the entry-level 4x2 Titanium variant 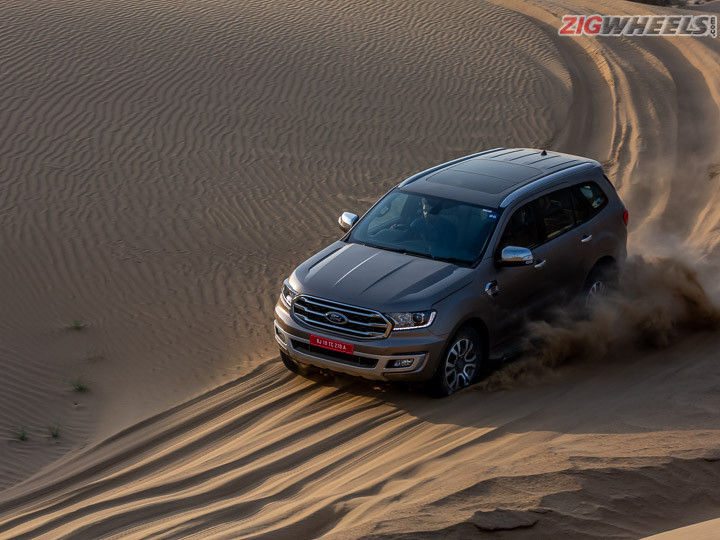 Ford’s full-size SUV, the Endeavour, has seen a silent revision in its list of features, especially in the entry-level Titanium 4x2 variant. The loaded SUV has lost out on some of the features which gave it an edge over the rest of the competition

The revisions include the removal of active noise cancellation, a feature only available in the  Endeavour in this segment, from all the variants. It was part of the 10-speaker sound system in the SUV. The Titanium 4x2 also sees some changes. It now gets an 8-speaker system instead of 10 and loses out on the front door chrome scuff plate.

Even the top-spec variants get a minor change. The Titanium+ and Sport variants will no longer get the aux heater feature, the heater for rear passengers. This doesn’t change the fact that the Endeavour is still loaded to the grill with features.

It gets an 8.0-inch touchscreen infotainment system with Android Auto and Apple CarPlay, panoramic sunroof, connected car tech, and ambient lighting. On the safety front it gets seven airbags, ESC, and tyre pressure monitoring system. The Endeavour is powered by a 2.0-litre turbo-diesel engine that puts out 170PS and 420Nm. This is mated to an India-first 10-speed automatic transmission, with both 2WD and 4WD drivetrains.

In terms of an update, the next-gen Endeavour is still pretty far away and is expected to launch by 2022. Priced from Rs 29.99 lakh to Rs 35.10 lakh (ex-showroom), the Endy locks horns with other large SUVs such as the Toyota Fortuner, MG Gloster, and the Mahindra Alturas G4 among others.

View All
View All
Trending Ford Cars
All Ford Cars