Evolutionary exterior, an all-new cabin, and more potent powertrains could be on the cards 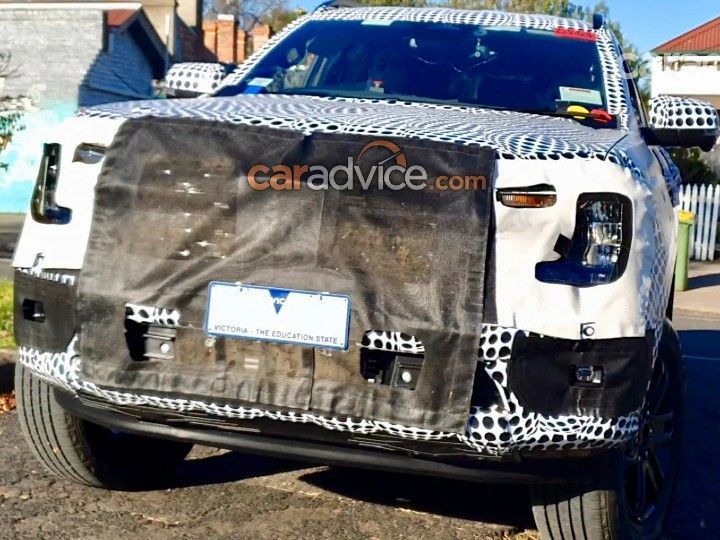 The Ford Endeavour, also known as the Everest overseas, is due a generation update and now, a heavily camouflaged prototype has been spotted testing in Australia for the first time. From the looks of it, the new Endy will be more of an evolutionary generation update.

Despite the heavy disguise, we managed to spot several updates. While the overall silhouette with the high stance seems largely similar to its predecessor, it has squarish proportions. Up front, the new Endy features C-shaped headlamps that appear to be borrowed from the upcoming Ford Ranger pickup, like always. The rear looks slightly flattened out than before with a revised bumper and possibly all-new LED tail lamps.

While technical details are yet to be revealed, the new Endeavour is likely to get the latest iteration of Ford’s EcoBoost petrol and EcoBlue diesel engines overseas. In India, we could finally get the more powerful 2.0-litre twin-turbo diesel engine sold abroad that develops 213PS and 500Nm. The current-gen model is powered by a single-turbo version of the same engine, pushing 170PS power and 420Nm torque. It is paired with a 10-speed automatic transmission, with the option of 2WD and 4WD drivetrains.

Expect the next-gen Ford Endeavour to debut globally sometime later this year with its India arrival likely only by 2022. It will come at a premium over the current model’s Rs 29.99 lakh to  Rs 36.25 lakh (ex-showroom) price range. The Endy takes on the Toyota Fortuner, MG Gloster, and the Mahindra Alturas G4.