Ford India Trademarks The Name Basecamp: Another Special Edition Endeavour In The Making?

If launched in India, the Endeavour Basecamp will be the only SUV in its segment to offer factory-fit off-road oriented features 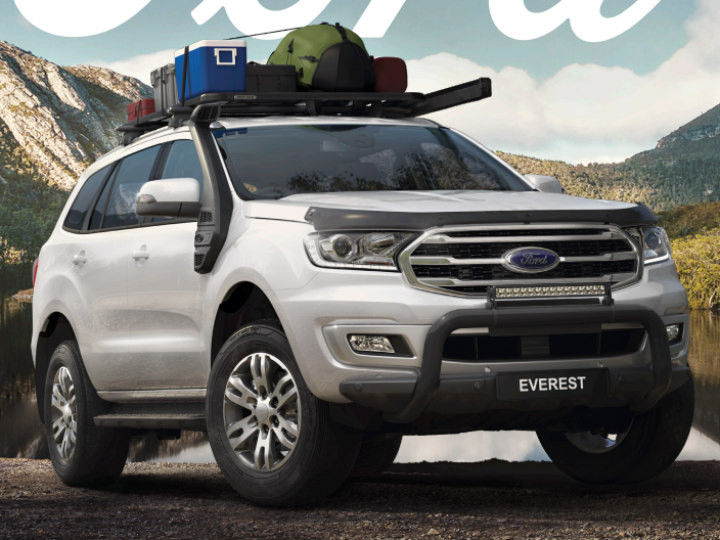 It has been just a few days since Ford India launched the stealthy-looking Endeavour Sport and now, the full-size SUV could get another special-edition variant. The manufacturer has trademarked the name ‘Basecamp’ in the country.

Ford introduced the Endeavour a.k.a the Everest Basecamp in the Australian market in late-2019. It doesn’t look different when compared to the standard Endy but you get off-road oriented accessories that make it ideal for adventure junkies. Notable inclusions are a snorkel which allows you to wade in deep waters, a tow bar for towing caravans, a LED light bar up front for added illumination, a bonnet protector and a nudge bar for protecting the bumper.

That’s not it. Ford also offers this variant with sunseeker roof rails, allowing you to carry extra luggage or possibly even a tent for your adventure. That said, all these are off-road oriented accessories and would appeal to those who would like to take their Endy off the beaten path.

Just like the newly launched Sport variant, expect no mechanical changes under the hood of the Endy Basecamp if launched in India. The India-spec Endeavour is powered by a 2.0-litre diesel engine that develops 170PS of power and 420Nm of torque. It can be had with an India-first 10-speed automatic transmission only. Ford offers this powertrain in both RWD and AWD layout, though we expect the Basecamp variant to come only with the latter.

It remains to be seen if Ford India launches the Endeavour Basecamp in India. Let’s admit, most Endy owners hardly take their beloved possession off the beaten path after spending almost 40 big ones! But for those who intend to explore, these accessories could prove to be rather useful. If launched, it’ll be the only SUV in its segment to come with factory fit off-road oriented features.