It slots just below the top-spec ‘S’ in the EcoSport lineup. 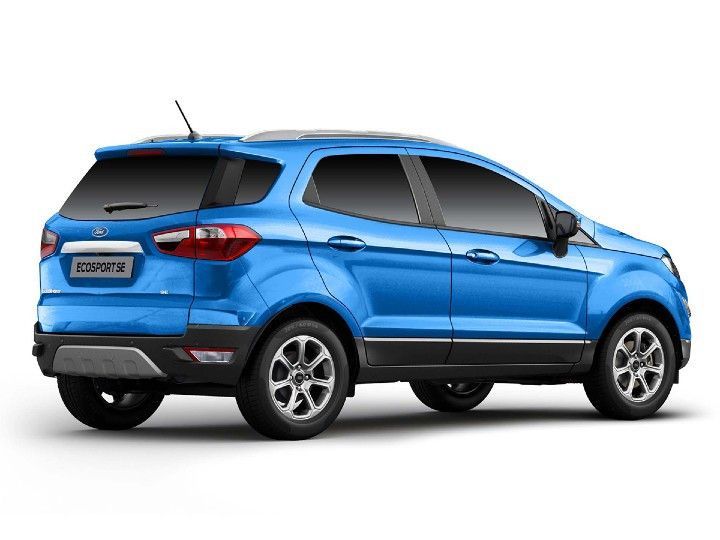 A teaser campaign and multiple spy shots later, Ford India has introduced the EcoSport SE variant to India at a starting price of Rs 10.49 lakh (ex-showroom).This variant gives the EcoSport the option of two body styles as well as other distinct features. Here’s how it slots in the EcoSport lineup:

The biggest distinctive element in the SE is the axing of the tail-mounted spare wheel. In place of that, it gets a number plate, with chrome slat above it. It also gets a new dual-tone rear bumper that sports a silver applique. Ford India is also offering a puncture repair kit with the SE variant as it does not have a spare wheel. In terms of design, it looks pretty similar to the top-spec S.

Despite slotting below the S variant, it retains almost everything from it, including an 8-inch SYNC3 touchscreen infotainment system with Apple CarPlay and Android Auto, voice recognition, an electric sunroof, illuminated glove box, footwell ambient lighting as well as Ford MyKey and FordPass connected car tech. It misses out on just ISOFIX mounts, sporty alloy pedals, a different cabin shade, and a cargo area management system,  which is basically a cargo net to secure small items in the boot and organiser trays to prevent things from rolling around.

Under the hood, it retains the 1.5-litre petrol and diesel engines from the standard model. The former delivers 122PS of power with the latter pushing out 100PS of grunt. Both engines are paired to a 5-speed manual gearbox as standard. Only the Titanium + petrol gets the option of a 6-speed torque converter automatic.

The addition of the SE variant might just be the final update to the Ford EcoSport before its successor arrives. Until then, it continues to rival the Kia Sonet, Hyundai Venue, Tata Nexon, Maruti Suzuki Vitara Brezza, and the Nissan Magnite in India.