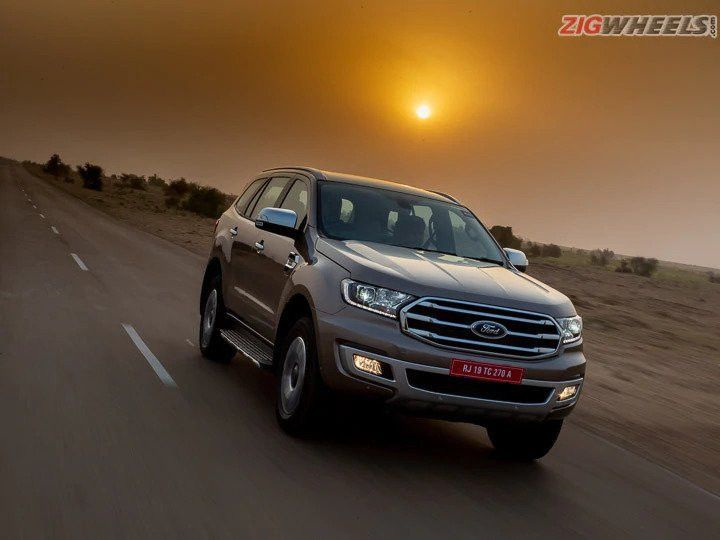 Ford has discontinued the Endeavour’s base-spec Titanium 4x2 variant, as a result of which it is now priced from 33.80 lakh (ex-showroom) for the Titanium+ 4x2 variant. This is the second downsizing for the full-size SUV after the axing of a few features back in December 2020.

The axed Titanium 4x2 AT variant retailed from Rs 29.99 lakh, cheaper than the Titanium+ by Rs 3.81 lakh. Of course, this gap in pricing also came with compromises on the feature front. It missed out on bits such as ambient lighting, a panoramic sunroof, 8-way electronically adjustable passenger seat, power-folding third row seat, front door chrome scuff plate, and one-touch up/down power windows. It was also devoid of safety kit such as a driver knee airbag, front parking sensors with semi-auto parallel park assist, and electronic IRVM.

The Titanium+ is a fully loaded trim with features such as an 8.0-inch touchscreen infotainment system with Android Auto and Apple CarPlay, hands-free powered tailgate, dual-zone automatic climate control, and connected car tech.

The Endeavour is powered by a 2.0-litre turbo-diesel engine that delivers 170PS and 420Nm, paired with the India-exclusive 10-speed automatic transmission. It can be opted in both 2WD and 4WD drivetrains. It also gets some off-road tech in the form of hill descent control and a terrain management system.

Despite the higher starting price, the Ford Endeavour is still a match against full-size SUV rivals such as the Toyota Fortuner, MG Gloster, Isuzu mu-X, and the Mahindra Alturas G4.