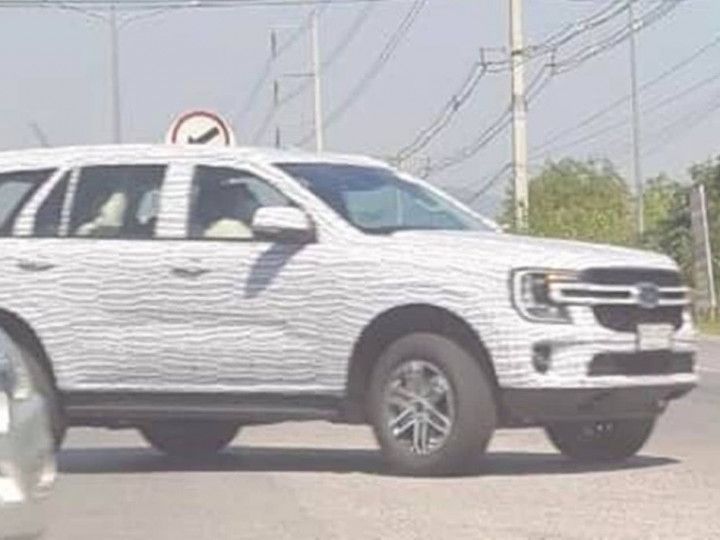 After unveiling the new-gen Ford Ranger pickup truck, the American carmaker has shifted focus to the next iteration of the Everest (Endeavour), its SUV counterpart, for a 2022 debut. Recent spy shots of the SUV have given us a fair idea of what to expect from the real deal.

While the Everest seems to have the same F-150-inspired fascia from the Ranger, the SUV gets a slightly redesigned bumper to differentiate it from the pickup. Besides the new dual-tone alloy wheels, the next-gen Everest’s silhouette seems to be similar to the outgoing model. The rear end should also get a complete makeover to round off the design.

The upcoming model’s interior could be a straight lift from the new pickup. If that’s the case, the Everest will get a minimalist dashboard with a portrait-orientated infotainment system. While most of the functions are shifted to the screen, Ford smartly retained physical climate control  knobs for ease of use. A chunky steering wheel, digital driver’s display, and gear knob are the other highlights.

Underneath the hood, the Everest could retain the existing 170PS 2-litre single-turbo and 213PS 2-litre bi-turbo engines. It will likely be offered with both manual and automatic transmissions. The new 3-litre V6 diesel engine that debuted in the Ranger and a petrol mill could also be on the cards.

Considering that Ford has wound up most of its operations in India, it’s highly likely that the new Everest might not make it here. That being said, the carmaker has promised to bring halo models like the Mustang and Mach-E to India. So wishing for the new Everest as a full import does seem wishful at this point.