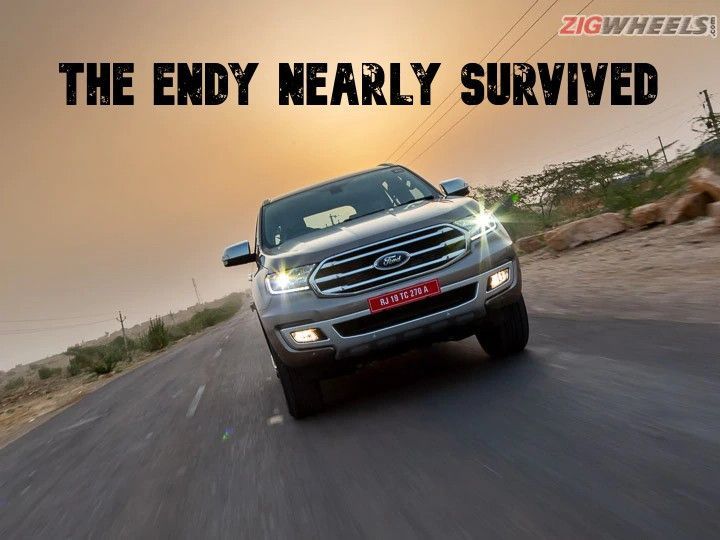 It’s been over a week since Ford India announced it has pulled the plug on manufacturing and sales of its India models. This means its model lineup, including the Endeavour full-size SUV will soon cease to exist. What makes this more unfortunate is the carmaker sadly murmured that they did try to keep the Endeavour alive in India ahead of the difficult decision made in the end.

In fact, despite their decision for India, Ford went to great lengths to have the full-size SUV chugging along and even tried to get into a contract manufacturing partnership with another OEM. Unfortunately nothing came of it.

The Endeavour nameplate was first introduced back in 2003 as Ford’s first SUV in India. A second iteration arrived in 2016, with the current and final version being a facelifted avatar of the second-gen model .

In its current guise, it was priced from Rs 33.81 lakh to Rs 36.26 lakh (ex-showroom, Delhi), and came equipped with features such as an 8-inch touchscreen infotainment system with connected car tech, Android Auto and Apple CarPlay connectivity, a hands-free powered tailgate, and dual-zone automatic climate control.

Powering it was a 170PS/240Nm 2-litre turbo-diesel engine paired with an India-exclusive 10-speed automatic transmission, which could be specced with a 2WD or 4WD drivetrain. Off-road thrills came in the form of hill descent control and a terrain management system.

What was impressive about the Endeavour was that it is Ford’s longest-running model in India lasting close to 18 years. As a veteran of the full-size SUV segment it managed to stave off competition from fresher entrants like the Mahindra Alturas G4, and the MG Gloster, with the Endeavour accounting for a little over 44 percent of the full-size SUV space as of September 2021. Only its true rival, the Toyota Fortuner, came out on top.

As things stand, you can still buy the Endeavour but only till stocks last. Nevertheless, Ford will continue to offer full customer support for their vehicles with service, aftermarket parts and warranty coverage. For now, Ford’s future plan for India is to offer niche products like the Mustang and the Mustang Mach-E electric SUV.