Ford Teases The 2022 Endeavour Ahead Of Global Debut

The styling is now in line with the Ranger pickup truck, on which the SUV is based 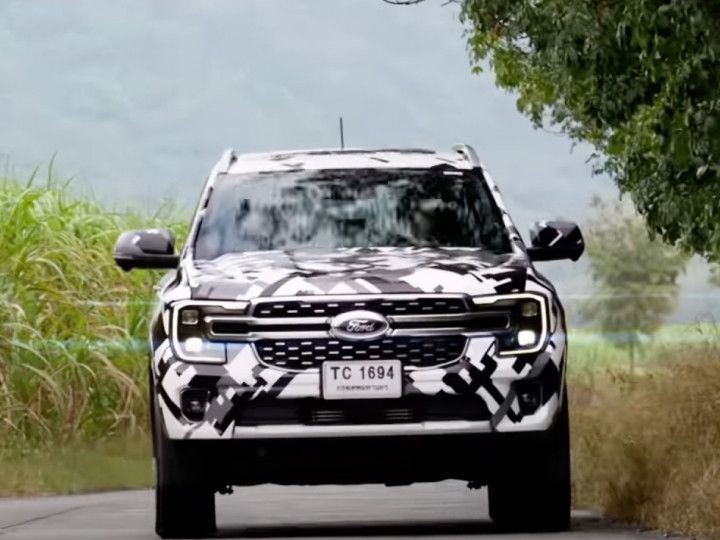 Ford Australia has dropped the first teaser of its upcoming SUV, the 2022 Everest (Endeavour). The full size SUV will borrow a lot of bits from the new Ranger pickup truck, which recently made its global debut. If the teaser is anything to go by, one can expect the Endy to be more premium and off-road capable.

The 2022 Everest’s LED headlamps with C-shaped DRLs and grille have been carried forward from the Ranger. However, the bumper has been redesigned for differentiation. In profile, the silhouette is pretty much similar to the outgoing SUV, but the new alloy wheels give it a breath of fresh air. New LED tail lamps, connected by a black strip, round off the design.

Inside, the Everest’s dashboard design is likely to be identical to the Ranger, down to the latter’s portrait-oriented touchscreen infotainment system. Most of the functions have been shifted to the infotainment system, however, Ford has played smart by retaining climate control knobs. A chunky steering wheel, gearknob, and digital driver’s display are the other highlights.

Also Read: Here Are Five Cool Ford Imports On Our Wishlist For India

The teaser has confirmed the presence of a panoramic sunroof. Other notable features onboard should include connected car tech, ambient lighting, a branded sound system, tri-zone climate control, and the latest suite of safety systems and Advanced Driver Assistance Systems (ADAS).

The existing 170PS 2-litre single-turbo and 213PS 2-litre bi-turbo engines are likely to be carried forward. It could be offered with manual and automatic transmissions. The new 3-litre V6 from the Ranger and a petrol mill are other probable powertrain choices that could be market-specific.

The new Everest won’t make it to our shores considering Ford India has shut down most of its operations in India. But the American carmaker is planning to bring niche models like the Mustang and Mach-E to India. So we hope the new Everest is on the cards as well.