The project started with one question- “what if?”, and now it’s a reality! 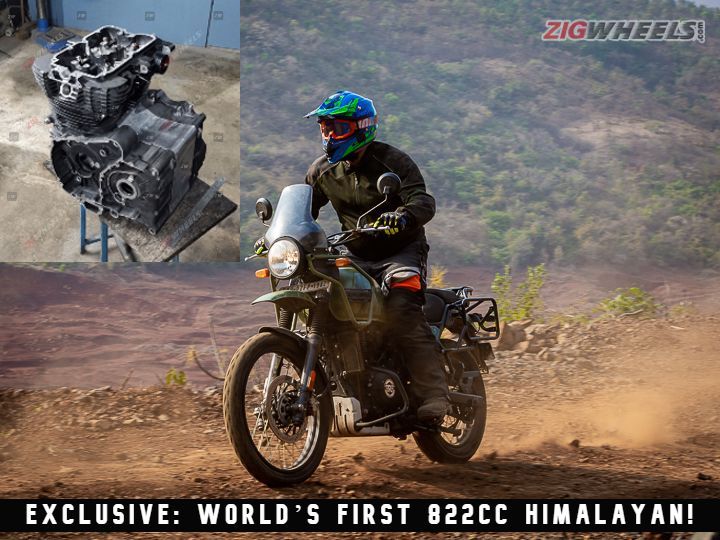 Ever since Royal Enfield launched the 650cc twins, Himalayan fanboys started hoping that a faster, twin-cylinder Himalayan could become a reality. The idea was as exciting as a Marvel and DC crossover movie, but sadly, just as far-fetched. However, fandom leads to curiosity, and this custom built 822cc parallel-twin Himalayan engine is proof that curiosity is the mother of inventions!

It’s no secret that Enfield is working on a faster and all-new Himalayan 450. In fact, the upcoming KTM 390 Adventure rival was spied in the UK. While the 450 will feature a new liquid-cooled mill, a first for the bikemaker, the 410LS engine on the first-gen Himalayan was just as revolutionary for the marquee. Hence, this fusion of two 410LS engines answers the elusive “what could have been” question.

The 822cc parallel-twin Himalayan is being built by Auto Engina, a Pune-based group specialising in hand-built motorcycles and various accessories for Royal Enfield bikes and KTM 390 Adventure. To accommodate two BS3 410LS cylinder heads, the team has built a custom engine crankcase. More information on the engine’s firing order and internal workings will be shared soon.

Double the displacement will obviously result in more power, though the exact extent is yet to be seen. The team is expecting something north of 45PS and also have plans of allowing the motor to rev harder than its 6500rpm ceiling. For perspective, a standard Himalayan currently makes 24.6PS and 32Nm.

The design of the motorcycle will be managed by Autologue Designs and the shed builders are hoping to get the bike up and running in time for Royal Enfield Rider Mania 2022 this November. We will be covering this build exclusively on our Zigwheels Instagram handle, so make sure to follow the thread to see how it all comes together.