The ADV seems ready for an early 2023 debut 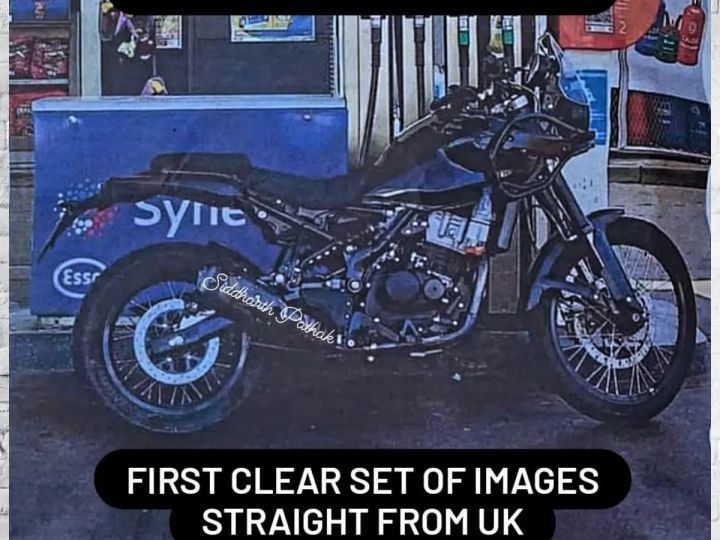 New spy shots of the highly anticipated Royal Enfield Himalayan 450 have surfaced, and give us a much clearer picture of the upcoming ADV. These spy shots are reportedly from the United Kingdom, where Royal Enfield has its research and development facility.

The test mule of the upcoming Himalayan 450 wore heavy camo; However, its design language closely resembles that of the current Himalayan 411. For starters, the new ADV features the same short flyscreen and sports a frame on the tank, just like the Himalayan 411. However, the new bike also features a massive, elongated fuel tank, a long split seat, and a barebones tail section.

The spy shot also gives a glimpse at the instrument console. It appears to be a semi-digital unit, like the one on the Scram 411. However, Enfield could also be using it just for testing purposes, and the final product could be different.

While no details of the engine are out yet, it is the most sophisticated powertrain from the iconic bikemaker as it is a liquid-cooled unit with what is likely a DOHC setup. Royal Enfield could also give it a six-speed gearbox and even a slip-and-assist clutch, like the Interceptor 650 and Continental GT 650.

In terms of hardware, too, the Himalayan 450 packs some serious punch. For the first time, we have a clear look at the monoshock of the ADV. However, unlike the current model, the upcoming bike doesn’t feature a link-type monoshock, opting instead for a swingarm-mounted unit. The bike seems to be running on 21/17-inch wheels with a wire-spoke setup.

Though the pictures aren’t clear enough to see what type of chassis the new bike is using, we reckon it  could get a double-cradle frame. That said, it is clear from the picture that it gets a bolt-on subframe. We expect the new chassis to be lighter and more responsive than that of the current-gen model.

The Royal Enfield Himalayan 450 is expected to make its official public appearance early next year, followed by an India launch in the second quarter. This motorcycle could be a great rival to the likes of the KTM 390 Adventure and the BMW G 310 GS. Interestingly, the new Hero XPulse 400’s spy shot makes things even better for ADV lovers.