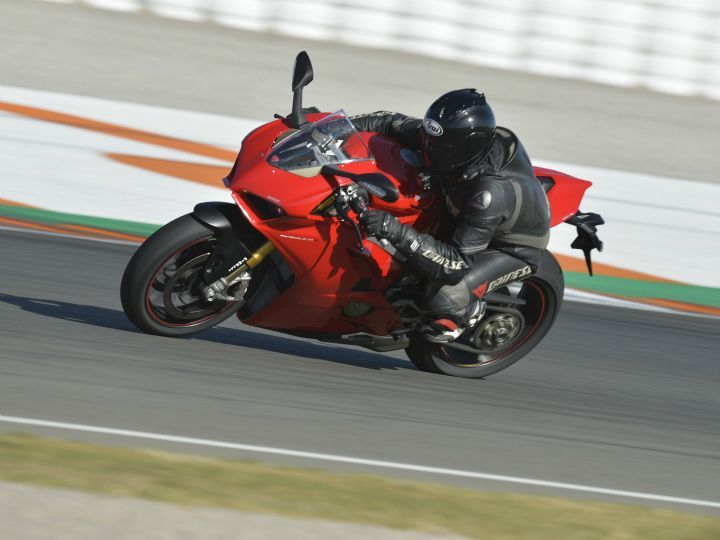 After much anticipation, Ducati India has launched the bonkers new Panigale V4 and V4 S in the country. Offered in two different variants, the Panigale V4 costs Rs 20.53 lakh, while the V4 S retails for Rs 25.29 lakh (both ex-showroom India). Deliveries are scheduled to start from July 2018.

Customers booking the motorcycle before June 30, 2018 will get an exclusively numbered memorabilia upon the delivery of the motorcycle. Along with it, the first two customers will also win a sponsored Ducati Riding Experience racetrack course, which will be held in June 2018 at the Sepang MotoGP circuit in Malaysia.

Speaking on the launch, Sergi Canovas, Managing Director of Ducati India, said: "Our first announcement in India this year, the Panigale V4 is one of the most eagerly awaited motorcycles of 2018.”

He further added, “This is the closest enthusiasts can get to owning a MotoGP prototype that is built for both excellent on-track performance and outstanding on-road rideability. We have been overwhelmed with enquiries since the announcement at EICMA and as a result, have opened bookings six months before the motorcycle even arrives in India.”

The Panigale V4 will mark a new era in the company's history, by ditching the iconic L-Twin setup for a V4 one. Derived from the company's Desmosedici MotoGP bike, this 1103cc, four-cylinder engine churns out 217PS of power and 120Nm of torque.

Both the motorcycles, the V4 and the V4 S will come equipped with all sorts of bells and whistles. These include - Ducati Traction Control, three different riding modes (Race, Sport, Street), a bi-directional quickshifter, Ducati Power Launch, Ducati Wheelie Control and a TFT instrument console.

The suspension duties on the standard V4 are handled by 43mm Showa Big Piston forks at the front and a fully adjustable Sachs monoshock unit at the rear. On the other hand, the V4 S sports Ohlins NIX-30 USD front forks and a TTX36 monoshock at the rear. The V4 S also gets forged aluminium wheels and a lithium-ion battery. Both the motorcycles come with cornering ABS and Ducati Slide Control as standard.

We recently had the chance to test the flagship at one of the most challenging MotoGP tracks, in Valencia. To read our detailed thoughts, click here.