Has the baby Ninja gotten better than before? 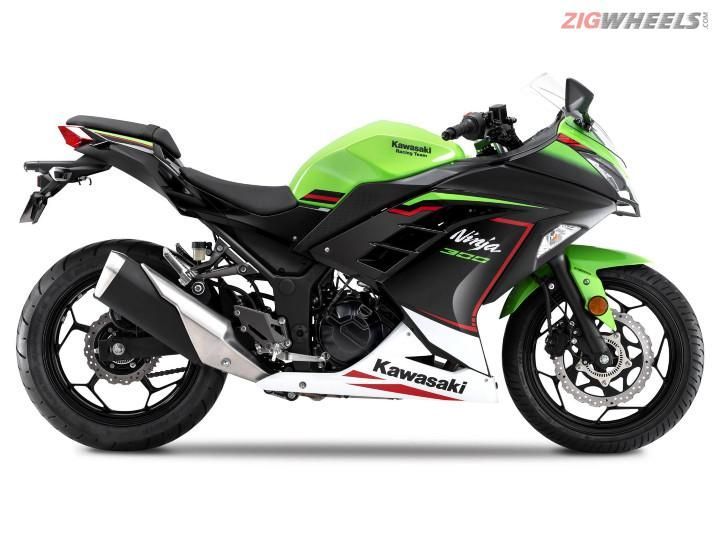 After teasing two upcoming bikes a few weeks ago, Kawasaki recently dropped the BS6 Kawasaki Ninja 300 in India with some fine tweaks. Curious to know what all is new and what is not? Here are the top five things you need to know about the BS6 baby Ninja:

Everyone was expecting Kawasaki to tweak the aesthetics of the Ninja 300 and throw in LED lighting. While the Japanese giant did tweak them, it wasn’t quite as people expected. In its BS6 guise, the Ninja 300 retains its 8-year-old appearance, but it now comes in three new colours, which are Lime Green, Candy Lime Green, and Ebony. It does seem a little dated with its halogen setup, but the radical split halogen headlamps still look excellent.

With some subtle tweaks, the BS6 Ninja 300 is now slightly more pragmatic. First, the Ninja 300’s seat height has dropped by 5mm to 785mm, which is fairly low compared to that of its immediate rivals. For reference, the KTM RC 390 has a seat height of 820mm, while the TVS Apache RR 310’s saddle height is 810mm.

The Ninja 300’s USP was its butter-smooth parallel-twin heart. As expected, Kawasaki has tweaked the same 296cc, parallel-twin engine to meet the BS6 norms. The motor now makes 39PS and 26.1Nm, which is 0.9Nm less than the BS4 Ninja 300. It also continues to use the same 6-speed gearbox with a slip-and-assist clutch. We expect the motor to feel as refined as ever on the go, and more importantly, it’ll be better for the environment too.

In its BS6 guise, the Ninja 300 retains the same underpinnings as that of its BS4 iteration. It continues to use the same 37mm telescopic fork up front and a monoshock at the rear. Also carried forward are the 290mm front disc and the 220mm rear disc, along with 17-inch rims shod with MRF Zapper rubber. Interestingly, the baby Ninja hasn’t put on any weight following its BS6 update, which is a pleasant surprise.

In its BS6 iteration, the Ninja 300 costs Rs 3,18,000 (ex-showroom), Rs 20,000 more than the outgoing model. This is a massive price hike, considering the bike is nearly the same. This dents the Ninja’s value-for-money tag it had earned in the BS4 times. More importantly, this feels like a missed opportunity by Kawasaki to re-establish itself in the sub-500cc segment in India.