Back in 2019, Kawasaki had filed patents for a hybrid motorcycle 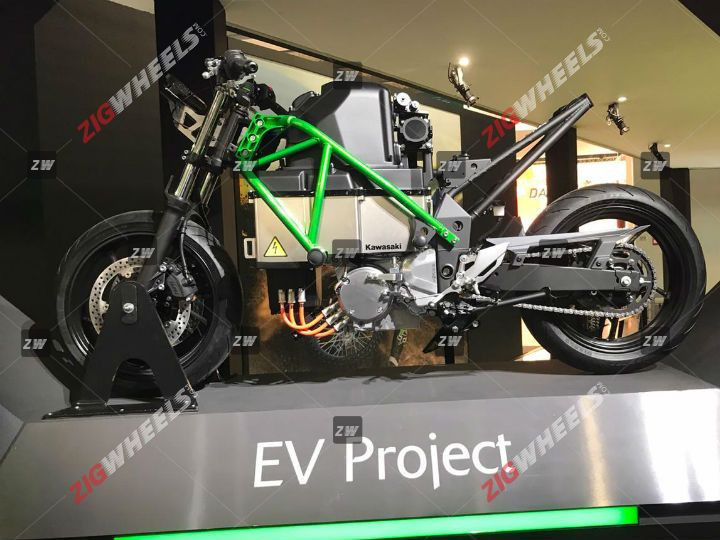 Kawasaki has been working relentlessly on its future products for the past couple of years now. Back in 2019, it first released patents of a hybrid motorcycle and followed it up a year later with its first electric sports bike, the Endeavor. You’d probably expect Kawasaki to go full electric in the future like most other manufacturers, but the company has other plans. Here’s why.

Not everyone is sold on the concept of electric two-wheelers. Sure, it’s the greener alternative but batteries have limitations. So what if Kawasaki could offer the best of both worlds? The bikemaker has patented the name E-boost which could mean one of two things: an upcoming electric motorcycle or hybrid tech. We are leaning more towards the latter since the manufacturer recently released a video revealing how it intends to incorporate hybrid power in its future portfolio.

Imagine this, what if you could use the brute power of the engine out on the highway, but rely purely on electric power as soon as you enter the city? Sounds good, right? It gets even better… Kawasaki says you could either rely on the engine, the electric motor, or both. We think the E-boost button could be the means to switch between these riding modes.

Meaning the motor could switch on electric assist to offer seamless acceleration throughout the rev range, if and when required. It’s the same tech that’s used in hybrid cars these days. Kawasaki's version might just be a lot smaller and compact.

Hybrids not only conserve less fuel but also produce less CO2 emissions, compared to conventional petrol-powered vehicles. Also, the power provided by electric motors could potentially allow for smaller engines, thereby opening up a whole new world of possibilities for Kawasaki. The E-boost system, on the other hand, should debut on Kawasaki’s upcoming motorcycles very soon. So watch out for this space.