EXCLUSIVE: CFMoto Plans To Launch The 300SR In India Between October And December 2021 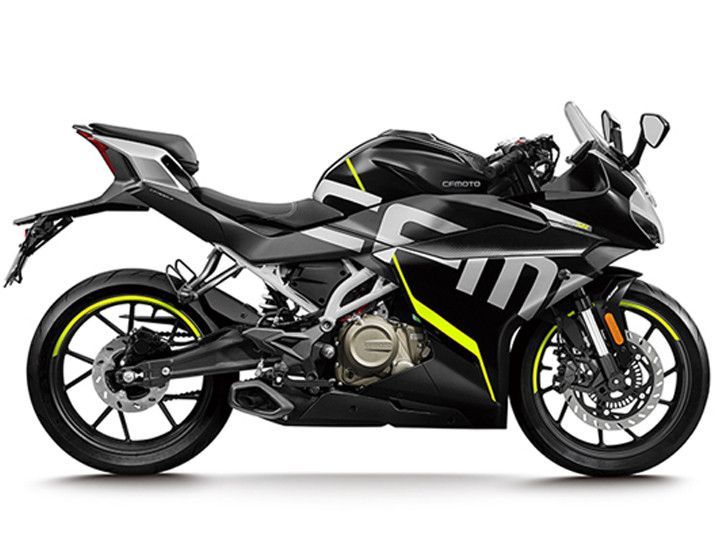 Here’s some good news from a brand that was absent from the two-wheeler scene in India for most of 2020: CFMoto has huge plans for India in 2021. The company has already launched the BS6 300NK here and it will eventually be accompanied by its faired sibling, the 300SR. According to our sources, the 300SR will be launched between October and December 2021.

It’ll be brought to India via the CDK route, which means we can expect a competitive price tag. We believe, the 300SR could be priced around Rs 2.49 lakh since its naked sibling retails at Rs 2.29 lakh (both prices ex-showroom). It will compete against the TVS Apache RR 310 BS6, the 2021 KTM RC 390, and the BS6 Kawasaki Ninja 300.

As for the bike itself, it shares the same hardware as the 300NK. The motor, for instance, is the same 292.4cc liquid-cooled single-cylinder engine that makes 29PS at 8750rpm and 25.3Nm at 7250rpm, mated to a six-speed gearbox. The bike uses a 37mm USD fork and a preload-adjustable monoshock which could be retuned to carry the extra weight of the fairing. Braking is via a single 292mm disc up front and a 220mm disc at the rear. Dual-channel ABS comes as standard. Its 17-inch wheels come wrapped in 110/70-section tyre at the front and a 140/60-section tyre at the rear.

The folks at KISKA design have outdone themselves with the styling of the 300SR. It looks drop-dead gorgeous! It looks properly aggressive with an aerodynamically designed fairing with a pair of split LED headlights flaked by LED DLRs, lower-set clip-on handlebars, a muscular tank, and a split seating setup. The 300SR also comes with a full-TFT colour display with two different layouts.

This is just the tip of the iceberg, though, as CFMoto plans to launch one new product every eight months, here on. It has 15 dealerships planned for 2021 which might be scaled up if need be. The rest of CFMoto’s portfolio will also follow suit quite soon, but more on that later. Till then, stay tuned to ZigWheels.