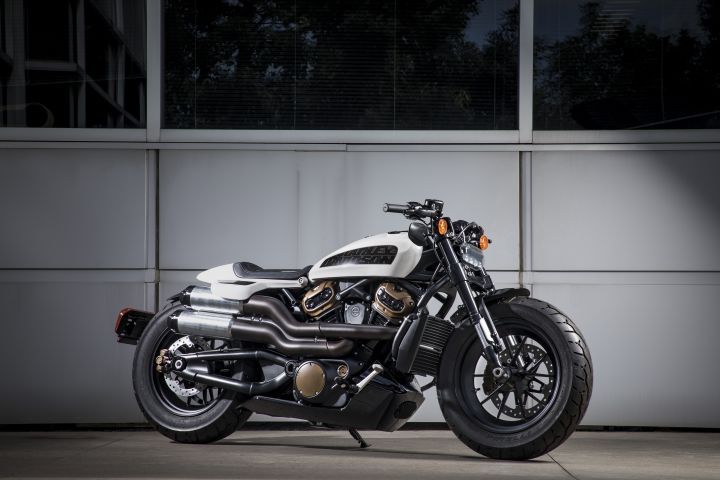 The last few years have been a bit rough for Harley-Davidson, but it’s keen on making a strong comeback in the industry. The recently-unveiled Pan America 1250 is an excellent testimony to the fact that the American cruiser giant isn’t shying away from breaking traditions. In the burly ADV’s promo video, the brand confirmed that the 1250 platform will spawn new motorcycles, the first of which would be the Custom 1250.

In fact, the video gave us a glimpse of the bike in its production-ready avatar, hinting that the global unveiling could be sooner than we expected. Fortunately, like with the Pan America, not much has changed from the prototype showcased nearly three years ago.

The list of updates evident from the video include a new bar-end mirror (replacing the underslung tear-drop unit), rubberised footpegs, heat shield on the exhaust, a new brake lever, and a new Brembo caliper mounted on the underside of the swingarm.

For the first time, we got a glimpse of the cockpit, and it seems to sport a circular TFT dash. But what is more intriguing is the number of buttons on the switchgear, which could possibly be for tuning electronic aids on the fly. The Custom 1250 could be the first Harley cruiser to feature an IMU-based electronic suite.

Though the official performance numbers are not out yet, the brand has said that the Custom 1250 will have a “fistfull of torque and power, just like the Pan America”. For reference, the 1250cc V-twin, liquid-cooled engine on the Pan America churns out 152.2PS at 9,000rpm and 127Nm at 6,750rpm.

With the Pan America ready to hit showrooms, we expect Harley-Davidson to unveil the Custom 1250 by May 2021. As for its India debut, with Harley-Davidson’s India business already up and running under Ravi Avalur, the Custom 1250 could grace our shores by the end of this year and carry a price tag of Rs 15 lakh.