Two Kawasaki Ninjas Arriving Soon. Is The Ninja 300 BS6 One Of Them? 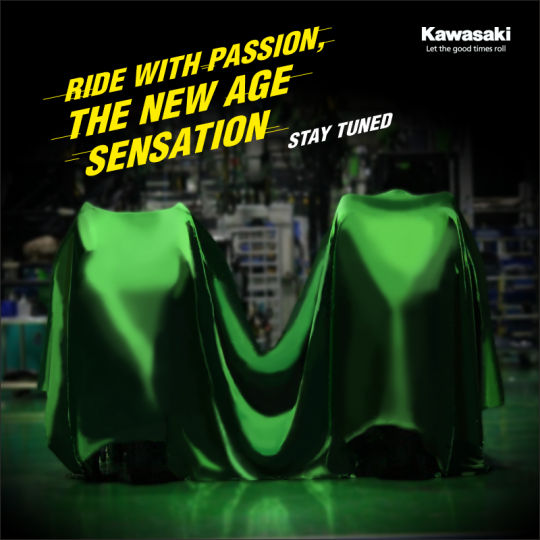 A new teaser image posted on Kawasaki India’s social media handles has made us pretty excited. It hints at the arrival of not one but two bikes, both of which could be part of the brand’s Ninja series. We guess one of them could be the radically new 2021 Ninja ZX-10R, the litre-class sportbike that has been ruling the roost in the World Superbike Championship. The other is likely to be the affordable Ninja 300, now with BS6 emission updates.

The Ninja 300 has been Kawasaki’s most affordable motorcycle prior to the BS6 emission norms kicking in. The Japanese brand had managed to localise a lot of the components of the bike, reducing its asking price down to Rs 2.98 lakh (ex-showroom). For a few months, it was the most affordable multi-cylinder motorcycle that one could get their hands on in India, until the Royal Enfield Interceptor 650 came into the equation.

We were the first ones to break the news of Kawasaki India getting the Ninja 300 BS6-compliant, way back in 2019. It was supposed to arrive shortly after the April 2020 deadline had lapsed. But COVID-19 happened and plans got disrupted. Still, now that it seems to be on its way, those eager to own the small supersport can start saving up as it might once again be a bit pricey. Expect it to now carry a price tag of around Rs 3.2 lakh (ex-showroom). A few dealers have begun accepting unofficial bookings for the motorcycle as well.

It is rumoured the new Ninja 300 will get a LED headlight but a complete design overhaul is out of the question, especially since the bike has been discontinued in prominent global markets. It could do with a new console (perhaps the TFT screen as seen on the current Ninja 650) and grippier tyres, both of which will help justify the Rs 22,000 premium better. The Ninja 300 will continue to remain pricier than the likes of the KTM RC 390 and the TVS Apache RR 310 (which has just received yet another price revision). And while these single-cylinder supersports might edge it in terms of outright performance and features, the Ninja 300's creamy motor and comfy riding stance will make it a better tourer.

Moving on to the 2021 Ninja ZX-10R, the litre-class phenom was one of the most affordable bikes in its segment and we think the new model will be no different. Kawasaki has been irking fans with the H2-inspired design language found on the Ninja 400, Ninja 650 and even the Ninja ZX-6R, by giving all the bikes an extremely similar styling. With the new ZX-10R though, Kawasaki has made it even more in your face, making you question this new radical styling approach.

Sure, the integrated winglets improve aerodynamic efficiency. But it could have been tackled in a more graceful manner, like the Ducati Panigale V4 and the new Aprilia RSV4.

No changes to the final output of the ZX-10R, the 998cc inline-four-potter still pushing out an eye-watering 213PS and 115Nm, making sure it stays in the elite 200+PS club. There are small alterations to the gear ratios. The first three are shorter and the rear sprocket now has two extra teeth. The changes are aimed to make the ZX-10R get off the line even more swiftly. There’s a lot more on the new bike, which you can check out in this story.

We guess the 2021 ZX-10R could arrive bearing a price tag of around Rs 16-18 lakh. That will not only make it still the most affordable litre-class motorcycle in the country but might also manage to undercut the Ducati Panigale V2.

Stick around for more updates on the launch of these two new Ninjas.