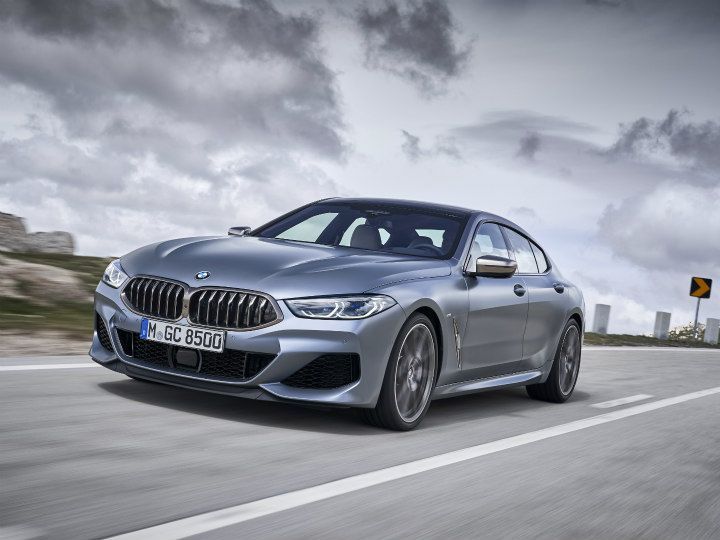 BMW has been on a relentless launch spree ever since the 8 Series nameplate was revived less than a year ago. After chopping off the roof and then giving the enthusiast something to be excited about, the carmaker has now revealed the 8 Series Gran Coupe in all its glory. It will be available in four variants - the 840i, 840i xDrive, 840d xDrive, and MSport M850i xDrive.

This four-door extended version of the 8 Series coupe will replace the outgoing 6 Series Gran Coupe. On the outside, it gets a low stance and wide presence, with a perfectly integrated boot that makes it a sleek looking sedan. Compared to the 8 Series coupe, the Gran Coupe is 228mm longer from the A-pillar. It also gets a 200mm longer wheelbase and is 30mm wider and 56mm longer than the two-door coupe.

On the inside, the 8 Series Gran Coupe gets various stylish bits like sports seats, Vernasca leather trim, paddle shifters on the steering wheel, ambient lighting, and full leather trim for the instrument panel and door pads. Other features include a 10.25-inch touchscreen infotainment system equipped with BMW Operating System 7.0, a BMW Display Key, telephony with wireless charging, a head-up display and Live Cockpit Professional with navigation system.

Under the hood, the 840i and 840i xDrive variant will get a 3.0-litre twin-turbocharged inline-six petrol engine which produces 339PS of power and 498Nm of torque. The more powerful M850i xDrive petrol variant will get a twin-turbocharged 4.4-litre V8 motor that makes 530PS of power and 749Nm of torque. On the other hand, the 840d xDrive diesel variant gets a 3.0-litre inline-six unit that delivers 324PS of power and 680Nm of torque. All engines will come mated to an 8-speed Steptronic transmission. Additionally, all variants come with rear-wheel drive as well as an all-wheel drive option. Aside from that, the 8 Series also gets four different suspension settings to play with - Comfort, Eco Pro, Sport, and Sport+.

BMW will start production of the 2020 8 Series Gran Coupe from July onwards. Set to go on sale starting September this year with prices starting from around Rs $84,900 (Rs 59.11 lakh), in the international market. The 8 Series Gran Coupe will rival the Porsche Panamera, Maserati Quattroporte, and the Mercedes-Benz CLS. There’s no word yet on when it will be launched in India, but expect it to reach our shores by early-2020.