The 8 Series Gran Coupe will be officially launched in September 2019, with an unveil in June 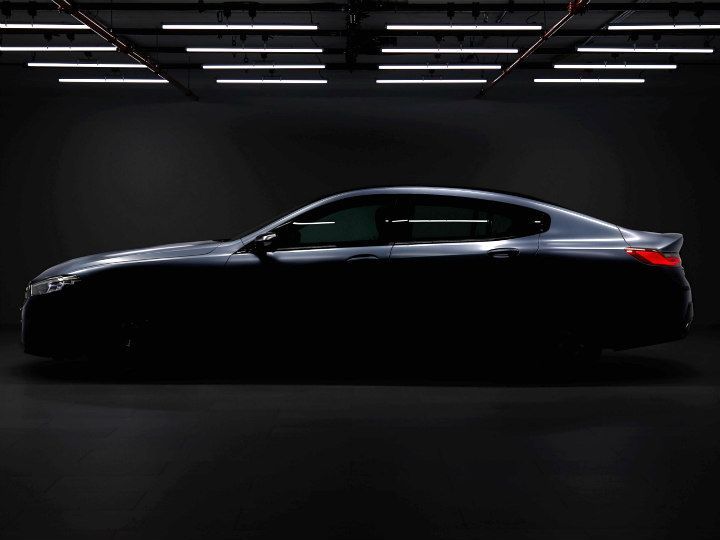 BMW resurrected the 8 Series following a dreary long gap of 19 years. The original E31 8 Series debuted in 1990 and was offered with a V12 engine mated to a 6-speed manual transmission. Fast forward to 2018: BMW launched the G14 8 Series, which was later available in convertible form also. BMW has now teased the Gran Coupe and has also revealed the world premiere date, which is slated to happen between 25-27th of June in Munich, Germany.

BMW has released a dimly lit teaser image of the car, revealing the silhouette and most importantly, four doors. The Gran Coupe was also spied a couple of times testing in Europe, but with heavy camouflage. The overall design is expected to be similar to the coupe equivalent with the major difference being the three-box configuration. The front and rear fascia also looks hugely similar from the teased image and spy shots, but further design details will only see the light after the official unveil.

The same 4.4-litre twin-turbo V8 churning out 560PS and 750Nm of torque will make its way under the Gran Coupe’s hood. A diesel might be offered in European markets, which is likely to be the 3.0-litre inline six making 320PS and 680Nm of torque. There is most likely going to be an M version in the future (which has already been spied in Europe), and will make it the first M8 ever as the E31 M8 project that was supposed to have the M70 V12 motor was eventually scrapped. Interiors of the Gran Coupe are also expected to be similar to the standard coupe and convertible variants. Given the additional heft in the form of extra doors and seats, expect the Gran Coupe to weigh over 2000 kg.

(The upcoming BMW M8 that was spied earlier in Europe)

BMW has chosen the NextGen event that will happen in Munich, Germany, between 25-27th June for the official unveil of the 8 Series Gran Coupe, with the launch slated for September 2019. Competition for the Gran Coupe will come in the form of the AMG GT 4, Porsche Panamera and the Maserati Quattroporte. We are yet to receive any word on the 8 Series Gran Coupe’s entry into India but expect it to come by 2020, if BMW plans to launch it here.