BMW M340i: The Quickest ‘Made-In-India’ Car Ever Goes On Sale

Priced at Rs 62.90 lakh, the new M340i is the most affordable and quickest performance car an Indian can buy today 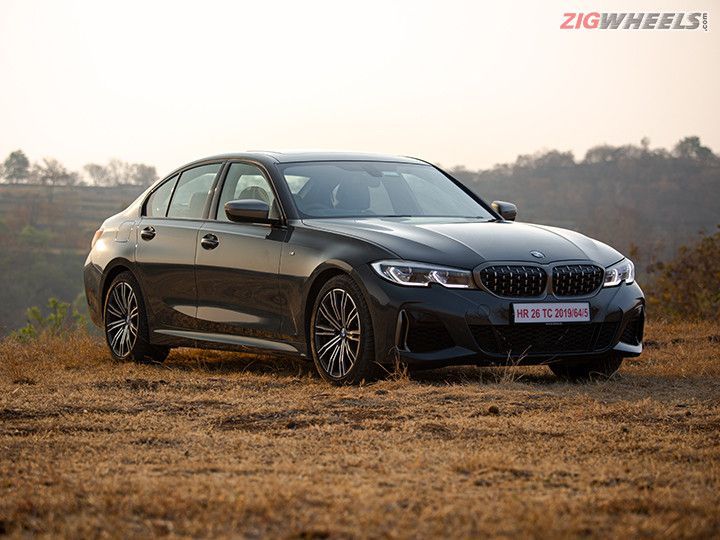 BMW India has launched the M340i, also known as the poor man’s M3. Priced at Rs 62.90 lakh, it’s the quickest ‘made-in-India’ performance sedan one can buy today. This is thanks to the fact that the M340i, which is already sold out till June 2021, is the first M car to be assembled locally at BMW's Chennai plant.

The BMW M340i costs Rs 13 lakh more than the standard BMW 330i M Sport. It ain’t cheap, but it shows that performance cars are getting more affordable in the country.

The M340i marks the return of a six-cylinder engine to the 3 Series lineup (barring the full fledged M3). It puts out 387PS of power and 500Nm of torque from its 3.0-litre straight-six turbo-petrol engine, with power being directed to all four corners via an 8-speed automatic transmission. Naught to 100kmph comes up in just 4.4 seconds, bestowing it the crown of the ‘quickest car to be produced in India.’

Now, a four-wheel drive 3 Series might not be as tail happy as a two-wheel drive one, but BMW’s XDrive is primarily rear focussed and the M340i can get naughty, especially when the traction control is off. BMW has also made quite a few updates underneath the skin to ensure it’s the ‘Ultimate Driving Machine.’

First off, it is 10mm lower to the group thanks to the stiffer M Sport suspension. The M Sport rear differential ensures power is sent to the wheel with maximum grip for better cornering while the quicker steering rack makes the M340i more agile. The M Sport brakes have the necessary stopping power to decelerate from silly speeds. My colleague, Alan, had a ball hooning around the new M340i. Read our review here.

Save for the slightly tinkered headlamps and rear bumper, the M340i looks similar to the standard 330i. It may not look unique, but you could trick your friends that it’s the standard 3 Series until you give the beans -- it is a proper sleeper. You can further customize it with glossy black elements and carbon fibre bits to make it look stealthier.

Even on the inside, the M340i utilises the same dashboard as the standard 3 Series, albeit in an all-black scheme. The M Sport seats with Alcantara and the M340i-specific digital dials and door sills further amplify the sense of occasion. M badges on the steering wheel and seats also remind you that you’re in an M car.

Features include a 12.3.inch i-Drive infotainment system with wireless Apple CarPlay and Android Auto, digital instrumentation, three-zone climate control, ambient lighting, panoramic sunroof, a wireless charger, reversing assist and a heads-up display. It also comes with a 16-speaker Harman Kardon sound system, but you’ll be better off listening to the glorious track of the straight-six rather. Safety is covered by six airbags, ABS with EBD, electronic stability control, parking sensors with a rear view camera, and a tyre pressure monitor.

The BMW M340i locks horns with the Mercedes-AMG C43 Coupe (Rs 80.17 lakh) and the upcoming facelifted Audi S5 Sportback (Rs 75 lakh expected). But like we said, thanks to local assembly, the BMW has a major advantage over them in terms of pricing.