What happens when two of Germany’s finest are pitted against each other? 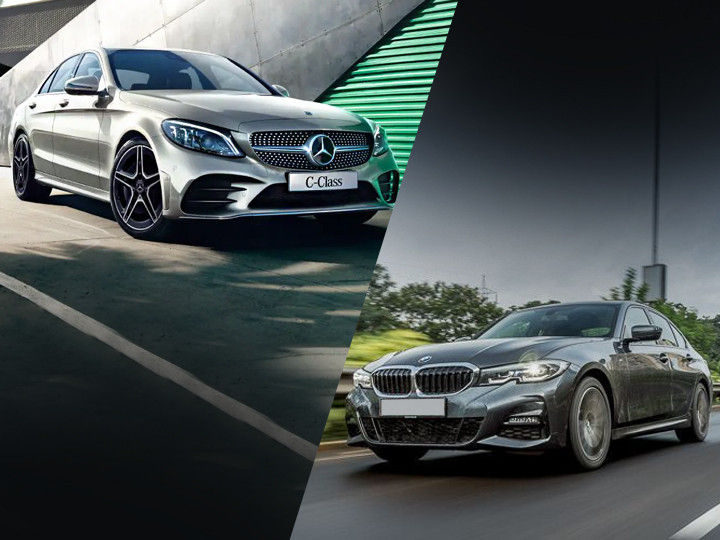 With the names BMW and Mercedes-Benz come a set of expectations, which the German carmakers usually live up to. While they both carry their own loyal fanbases, the debate between which one is better will usually end up with an inconclusive decision. We bring one such comparison, between the BMW 330i M Sport and the Mercedes-Benz C300d AMG. Bring out the popcorn.

BMW’s 330i M Sport might be significantly longer than the Merc, but it's the C300d AMG which comes out on top in terms of width, wheelbase, and height. Both the 5-seater cars get the same boot space of 480 litres. The fuel capacity of the C300d AMG beats that of the 330i M Sport by 6 litres, at 66 litres.

Both sedans are powered by 2.0-litre engines, but which run on different fuels. Surprisingly, the turbo-petrol engine of the BMW is more fuel efficient than the Merc. In both cars, the drive is sent to the rear wheels via a standard automatic transmission. On paper, a matching top speed and a 0.1s difference in 0-100 kmph times might not seem like a major difference, but on the road, even that counts.

Sit Back And Relax?

Both the German sedans feature a 10.25-inch touchscreen infotainment system. Both of them also come with fancy features specific to each, which are more for the appeal than practicality. For example, they both offer a trackpad which recognises your handwriting, and voice commands, which are now common even in more affordable vehicles. Features standard to both include cruise control, different drive modes, head-up displays, and ambient lighting.

Both cars are great if you’re looking for a small sedan with an added ‘oomph’ factor. The C300d AMG is a viable option for long-range heavy usage, especially if it involves a bunch of highway cruises. On the other hand, the BMW 330i M Sport is more fun in terms of the music coming from its exhaust, thanks to the free-revving motor, which will please anybody sitting in the driver’s seat. Choosing one of the two is a Herculean effort in itself, but one thing is for sure: either way you go, you can’t go wrong.