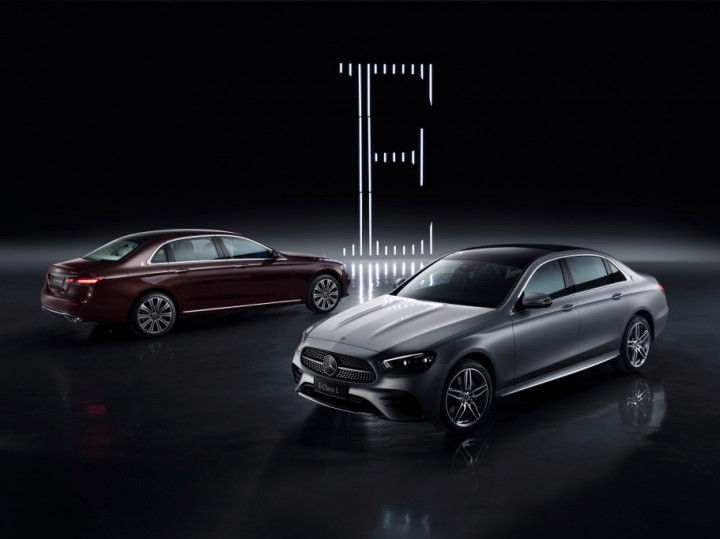 Mercedes-Benz has revealed the India-bound facelifted E-Class Long Wheelbase (LWB) in the Chinese market. The current E-Class LWB is one of the highest selling luxury cars in the country and that is no doubt helped by its super long wheelbase, giving it the bragging rights of a mini S-Class. With the updated version expected to be launched in 2021, here are five things you need to know about the upcoming E-Class LWB:

Sportier Or Classier? Your Choice

The updated E-Class LWB features similar styling upgrades as the standard facelifted model which is sold in the European market. You now get a sharp-looking front-end with new Multibeam LED headlamps and a sportier bumper. There’s also a huge tri-star logo on the honeycomb mesh grille.

However, Chinese customers can opt for the traditional look with a chrome slatted grille and the tri-star ornament mounted on the hood, making it look similar to the new-gen S-Class. Naturally, the side profile is longer due to the extra length while the rear-end with its split LED tail lamps is similar to the standard sedan.

The only major styling upgrade in the E-Class’ interior is that sleek dual-spoke steering wheel with touch-based controls. But that’s no bad thing as the E-Class’ interior design is still typical Mercedes and doesn’t look aged at all. You still get a twin-screen setup which houses the digital instrumentation and the infotainment system.

More Tech On Board

The E-Class’ infotainment system now runs on Merc's MBUX system. Rear seat occupants are also taken care of with a touchscreen tablet in the rear seat armrest, through which they can operate certain features. Last but not least, the E-Class LWB features the same driving assistance features found in the standard model. You can read about it here.

What Powers The E-Class LWB?

Mercedes is yet to reveal the engine options for the E-Class LWB. That said, the India-spec models should retain the current model’s engines. The E-Class is currently offered with a 197PS 2.0-litre petrol engine, a 194PS 2.0-litre diesel engine, and a 286PS 3.0-litre diesel engine. All three engines come coupled to a 9-speed automatic transmission.

The Mercedes-Benz E-Class should reach our shores around mid-2021. It’s likely to carry a premium over the current model which is priced from Rs 59.08 lakh (ex-showroom). The E-Class still has an advantage over the BMW 5 Series and the Audi A6 as it’s the only model in its segment to come with a long wheelbase.