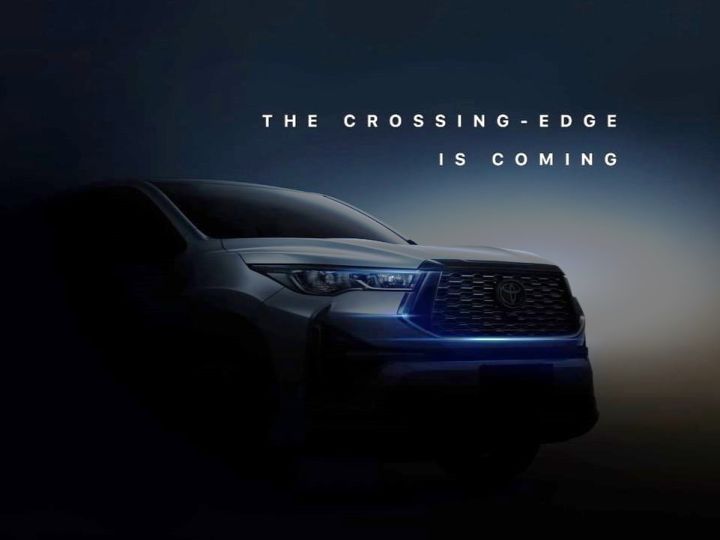 The Toyota Innova Hycross is all set for global debut in Indonesia that will happen on November 21. Post its reveal in the land of thousand islands, the strong-hybrid MPV will be revealed on our shores on November 25. The Innova Hycross will be a completely different avatar when compared to the Innova Crysta, which will be sold alongside the MPV.

A raft of teasers and spy shots have given us a fair idea of what to expect from the MPV. For starters, the fascia with its large grille and sleek LED headlamps seem to be evolutionary from the current-gen Innova Crysta. Also, a new teaser has confirmed the presence of a large panoramic sunroof, a first for the Innova nameplate.

The range of firsts continues as the nameplate will have ADAS features. So it’ll have functions like adaptive cruise control, lane keeping assist, forward collision avoidance, and lane departure warning. It’s also expected to get new comfort features like ventilated front seats and a heads-up display as well.

Underneath the hood, the Innova Hycross will get a strong-hybrid powertrain, which is expected to be a 2-litre unit developing around 190PS, for the first time. It will also be front-wheel drive instead of rear-wheel drive, which the Innova is usually associated with. Also, there could be a base-spec 2-litre petrol engine developing around 170PS. The Innova Hycross will be underpinned by a monocoque platform, which is another first as well.

So, the Innova Hycross will be quite a revolutionary offering from what we have known and experienced so far with the very popular nameplate. At an expected price of around Rs 20 lakh, the MPV will be a more premium alternative to the Mahindra Marazzo and Kia Carens. Prices for the strong-hybrid MPV are expected to be announced at the Auto Expo 2023.