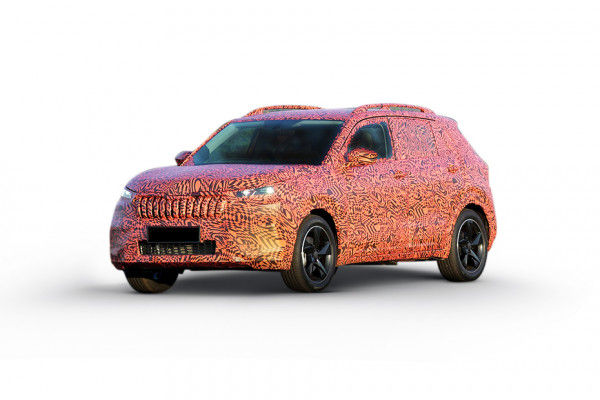 5.0
(1 reviews)
Rate this car
Alert me when launched Ask A Question

Skoda has announced the production-spec Vision IN will be called the Kushaq. It will globally debut in March, and launch will take place by mid-2021. The SUV is based on the VW Group’s heavily localised MQB-A0-IN platform and will be offered with two turbo-petrol engine options. It’s expected to be priced from Rs 10 lakh.

The 4256mm long SUV will stand on a 2671mm wheelbase and will have a height of 1589mm. The Skoda Kushaq will come with two petrol engine options: a 110/PS/175Nm 1.0-litre TSI engine and a 150PS/250Nm 1.5-litre TSI engine. Both the variants could get an automatic transmission whereas the 1.0-litre should come with an manual gearbox as well. Running through the front wheels, the Vision IN concept, now called Kushaq, is capable of accelerating from 0-100kmph in 8.7 seconds before hitting the top speed of 195kmph.

The camouflage was extensive, the drive brief. Despite that we now know a crucial bit more about Skoda’s made-in-India-and-for-India SUV

Skoda Kushaq is going to launch in India with an estimated price of Rs. 9.00 Lakh

What is the expected price of Skoda Kushaq?

The price of Skoda Kushaq is expected to be Rs. 9.00 Lakh.

What is the launch date of Skoda Kushaq?

The estimated launch date of Skoda Kushaq is May 2021.