The camouflage was extensive, the drive brief. Despite that we now know a crucial bit more about Skoda’s made-in-India-and-for-India SUV 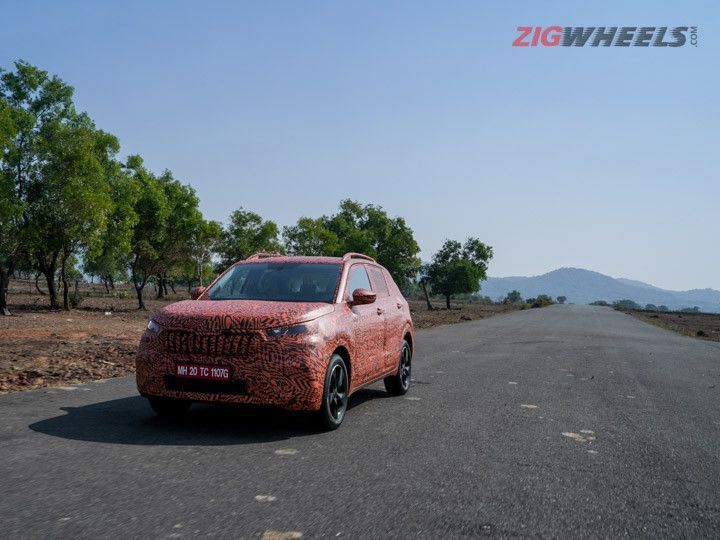 The desirability, respect and appreciation that Skoda commands today is rooted in the magnificent, stately and tough Octavia that introduced India to the Czech brand. A then second-rung European car maker finding a fawning audience perfectly in tune with its DNA was fortuitous indeed. Now, twenty years later, Skoda is a force to reckon with in its own right globally. Meanwhile in the subcontinent its glittering persona, responsible shoulders and family-loving soul resonates with more Indians today than ever before--and the Czech brand is keen on building a stronger and closer bond with us Indians.

Which is exactly why Skoda (and VW Group) committed to make an all new SUV for India and in India under their “India 2.0” plan. Their first new offering, a rival to the Kia Seltos and Hyundai Creta, was unveiled as the Vision IN Concept at the 2020 Auto Expo. In the run up to its global debut in March and launch in May, it has been christened the Kushaq. The name is said to be derived from “kushak” in Sanskrit, which means king or emperor.

Will the Kushaq lord over the segment?

The expectations are incredibly high and the competition is tougher still. Unsurprisingly, Skoda Auto India is continuing to develop and refine the Kushaq as much as they can until the big day arrives in the middle of 2021. Just to get a second opinion, they let us into a couple of camouflaged protos to know what we thought and share some of the findings with you.

So, what can you tell me?

Firstly, there will be two engine options, an entry-level 1-litre TSI and a bigger 1.5-litre TSI. Transmission options will be in the form a 6-speed manual, a 6-speed automatic and a 7-speed DCT. On our drive, we got a chance to experience both the most affordable and the most expensive of the engine and gearbox combinations.

Having driven to Goa, the venue for the Kushaq drive, in a Rapid 1.0 TSI I was very familiar with the engine already. However, from the start the engine felt different, “better different” in the Kushaq. The start-up clatter was much more subdued and it felt smoother too. The light clutch was also welcome and so was the drivability, which was properly impressive. The Kushaq crawled over speed breakers in second gear while keeping the three-cylinder grumble and shudder well at bay. While the engine can lug from just 1000rpm it gets properly into its stride from as low as 1400rpm.  Power doesn't drop off sharply as you rev up to 6000rpm either, so it can change pace without feeling strained too. However, if you are planning to drive with a full load of passengers and luggage then you might find yourself wishing for more power.

Which is where the 1.5 TSI comes in. We sampled it with the seven-speed dual-clutch transmission which made getting up to speed a much snappier affair. The unbelievably smooth and quick DCT could make even the most lacklustre engine feel good to drive; thankfully this four-cylinder engine is capable, pulling strongly from under 2000rpm. It revs unwaveringly to the redline, which feels like riding a steady and purposeful wave of torque thanks to DCT. However, the sense of cabin quietness, especially compared to the Karoq which uses the 1.5TSI and DCT combination, felt less hushed.

To our surprise the two cars we tested “felt” very different too. The ride and sound insulation on the 1.0 felt much closer to production spec than on the 1.5, which felt and sounded a bit jarring at times. But trying to make sense in the absolute minuteness would be futile indeed. Suffice to say, one of the cars proved that the Kushaq has the potential to tackle Indian cities and roads with ease while inspiring confidence in the driver too.

If I were to write about the camouflage on the Skoda Kushaq I would have lots to write about. The orange and black shading gives it an almost tiger-ish vibe. I don't know whether any potshots were being taken at the competition. But I do know that the camo was extensive, draping itself well past the window line, onto the windows and windshield. The hood was padded to hide the contours, the grille was thoroughly masked and the headlamp and tail lamps had minimal openings. Although Skoda masked the tail lamp thoroughly, it seems as though the design is very similar to the ones seen on the concept. Skoda themselves claim that the production Kushaq will look very similar to the concept.

However, Skoda is being very tightlipped and didn’t share its dimensions. So it’s too early to tell whether the Kushaq has managed to shake off the crossover-ish stance of the Vision-IN concept. Some elements like the alloy wheels on our test car, Skoda said, weren’t finalised and an upsize there could help it get a taller stance.

Talking about the interior is harder still as the entire dash was wrapped snugly in a layer of plastic. Only bits like the gear lever, the handbrake lever, the driver’s instrument cluster, and the chunky steering wheel were uncovered. While the test car’s light grey plastics visible in the console between the front seats looked distinctly unappetising to my eye, thankfully Skoda admitted that different colours are under testing. Phew.

What was genuinely impressive about the Kushaq was the amount of kneeroom on offer. Its 2651mm wheelbase, which is even longer than the Karoq, opens up a lot of space in the cabin. As a result, four adults will travel comfortably on long journeys in the Kushaq. How it acquits itself as a five-seater remains to be seen.

In terms of features, Skoda's safety priority is clear as they are making ESC standard on all variants, which will make driving on different surfaces and varying road conditions much easier and safer. Aside from this the Kushaq will offer six airbags, tyre-pressure monitoring system, hill-hold control, ISOFIX mounts and automatic headlamps and wipers.

We can't either, but keep this caveat in mind: the cars we drove were prototypes. On our brief drive some persistent warning lights reminded us of this unfailingly. Only one of the two airbags was active too. So it was clear that the Kushaqs we drove were far from production spec, serving primarily as a testbed for Skoda Auto to gather some feedback from people outside of the company. A crucial part of the MQB-A0-IN project is getting the right product and the right price to register a resounding win. As for the product we expect it to get convincingly better before it rolls into showrooms in May 2021.

Whichever way it goes, we can confirm that Skoda India’s most ambitious and audacious project, the Kushaq, is on track and promises to be worth the wait.