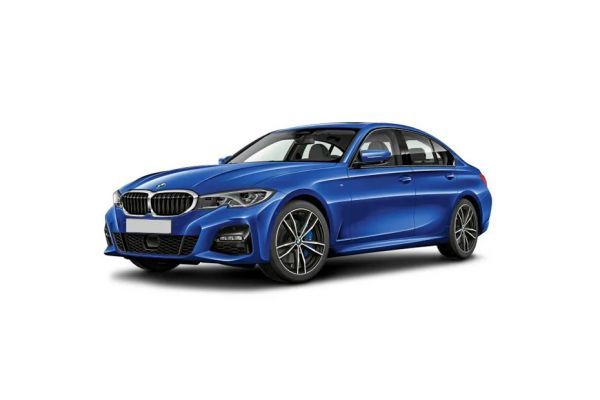 BMW has launched a new 3 Series base model in India, the 330i Sport. It misses out on features such as 18-inch wheels, MSport exterior and interior trim, sport front seats, and fully digital driver’s display. It is powered by the 330i’s 2-litre turbocharged 4-cylinder engine, which churns out 260PS of power and 400Nm of torque.

The seventh-gen (G20) model was unveiled last year at the Paris Motor Show and is based on the new CLAR architecture, making it lighter and bigger than before. Three trim options on offer -- Sport Line, Luxury Line and M Sport. The 320d is available with the Sport Line and the Luxury Line while the M Sport is exclusive to the 330i.

The new 'G20' 3 Series is 76mm longer 16mm wider and sits on a 41mm longer wheelbase than before. It's also 55kgs lighter than the outgoing model and features a perfect 50:50 weight distribution. There's LED lighting all around and new headlamp and taillight designs in addition to subtle changes to the front and rear bumpers and the addition of the active kidney grill. All these changes contribute to a low 0.23 drag coefficient.

The new 3 Series now brings the entry level BMW sedan up to the level of it's current sedan line up - the 5 Series and 7 Series. So it also features similar 10.25-inch touch screen and a 12.3-inch TFT drivers info display. Gesture control has also made it's way to the 3 Series but it actually debuts BMW's new Virtual Assistance intelligent voice assistant that responds to 'Hey BMW' and controls entertainment, navigation and vehicle settings.

Mercedes Benz C-Class: Subtle changes to the interior and exterior of the new C-Class make a big difference to the overall package. It's more fun to drive now and while it's still not the enthusiast pleaser it's a better balance between comfort and fun and make the new C-Class a serios contender in the segment. Enthusiast's can now opt for the C 300d that makes an impressive 245PS and 500Nm.

Audi A4: The A4 was last updated in 2016 making it the oldest in this bunch. It's interiors are still quite impressive and though it isn't packed with as much tech as it's rivals it does features Audi's impressive Virtual Cockpit drivers information display. It's also a very relaxed and comfortable driving experience with great ride over bad roads. It's not going to appeal to any enthusiasts though with the lack lustre 1.4-litre petrol and 2.0-diesel engines the only available options.

The new generation of BMW’s compact sedan does more to douse you in luxury and comfort. But does it add to the 3 Series’ core value of driving pleasure or has it come at the cost of it?