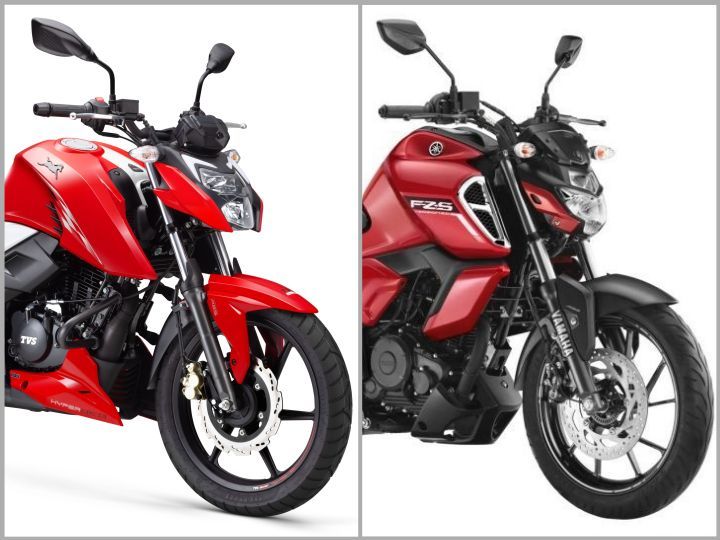 With the launch of the FZ Version 3.0 range, Yamaha became the first brand to introduce a BS6-compliant motorcycle in the 160cc segment. This was followed by TVS launching BS6-compliant versions of the Apache RTR 160 4V and Apache RTR 200 4V. Interestingly, both bikes have witnessed a drop in output figures in pursuit of cleaner emissions. So a comparison between the two BS6 160cc nakeds is a given to find out which one’s a better deal on paper:

The FZ loses out on outright power because of its smaller engine. It also lags behind on torque, but the silver lining is that it makes its peak torque much earlier in the rev range than the Apache. This coupled with a 12kg weight difference could help it offer slightly peppier performance in the city. On the other hand, the Apache enjoys the benefit of an oil cooler which can maintain the oil’s lubricating properties when the engine is running for a longer duration.

TVS also offers the option of grippier Pirelli tyres which should let the riders carry faster speeds on corners. While the FZ gets meatier tyres on both ends, it gets a radial rubber at the rear which offers stronger sidewalls compared to conventional tyres. This should help enhance the rider’s confidence while tackling corners.

The Apache’s longer wheelbase and heavier weight should result in better stability on the highways. Its higher ground clearance will also help the rider go over bad roads unscathed. If you’re a shorter rider, the FZ’s 10mm lower seat height and lighter kerb weight should make manoeuvring the bike easier. It also gets a slightly larger fuel tank which, coupled with the smaller, more frugal engine, should result in better range.

The BS6 Yamaha FZ-S Fi Version 3.0 is priced at Rs 1,01,200 whereas the BS6-compliant TVS Apache RTR 160 4V costs Rs 1,03,000. At this price point, the FZ feels a bit too underpowered considering the fact that spending just Rs 1,800 more will get you the more powerful Apache. Additionally, TVS also offers Glide Through Traffic technology. This feature helps in crawling the bike at low speeds using only the clutch - something the FZ doesn’t have (or any other bike in its segment, for that matter).