How Does The TVS Apache RTR 160 4V Square Up Against The Hero Xtreme 160R?

More power or lightness? What’s the best way to go fast on a 160cc bike? 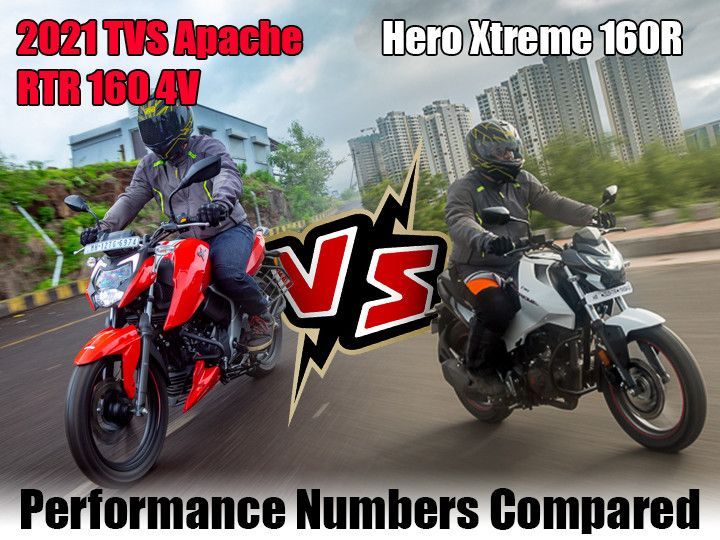 The latest set of engine updates has made the TVS Apache RTR 160 4V quite a lot faster. Previously, the Hero Xtreme 160R ran pretty close in most regards. How vast is the gulf in performance between the two sporty commuters now?

TVS has managed to extract quite a lot of performance higher up in the rev range. As a result, you can wring the throttle and maximise the potential of the 159.7cc motor in every single one of its five cogs. Hero’s ace up its sleeve has been its lightness but when it comes to sheer outright performance, it isn’t enough to keep up with the Apache.

Coming to in-gear roll-on acceleration, it’s a close affair between the two bikes. It must be said, though, the Apache needs to be kept in its optimal performance band to keep the juices flowing. From the saddle, the Hero feels like the livelier bike, packing healthy low- and mid-range grunt. No wonder then, the next aspect is so conclusive.

Yep, with more punch available at lower rpms, the Xtreme loves to be ridden in higher gears at sedate speeds, which, in turn, returns far better fuel efficiency in the city. Inversely, the RTR’s inherent top-end proficiency allows the rider to sustain higher speeds when touring.

Braking remains the Apache’s major weakness. We have tested both bikes in wet conditions, so the numbers might just be better on a dry day. Nevertheless, the RTR wouldn’t be able to shed speed as rapidly as the Xtreme since the former’s brakes lack ferocity and feedback.