Extra performance at no extra charge 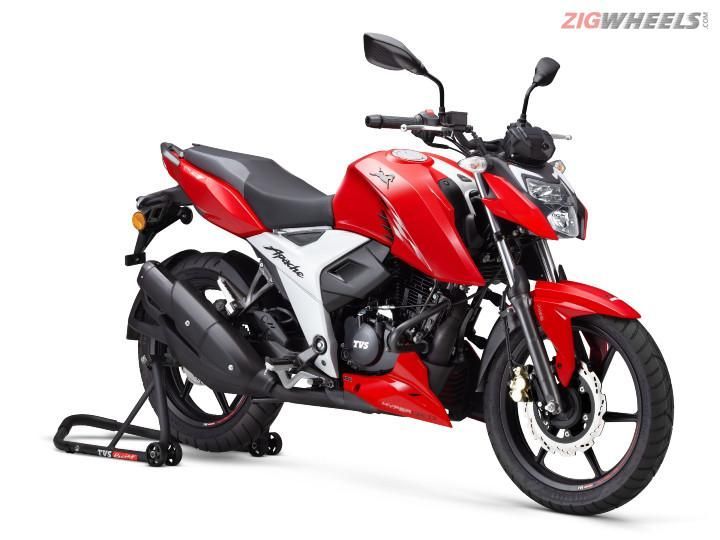 The highly likeable TVS Apache RTR 160 4V has received some small yet extremely impactful updates for 2021. The 160cc sporty naked now arrives with a new engine tune that not only makes it more powerful than before but also the most powerful 160cc bike in the country.

How’s It Priced? Who Are Its Rivals?

That’s the beauty of the 2021 RTR 160 4V, it arrives at the same asking price as before. The rear drum variant is still priced at Rs 1,07,270 while the rear disc trim costs Rs 1,10,320 (ex-showroom Delhi). It continues to be priced on par with its competition. Only the less powerful but extremely frugal Yamaha FZ Fi V3 and Hero Xtreme 160R are cheaper than the RTR 160 4V.

The RTR 160 4V comes in two variants: rear disc and rear drum. Aside from the braking hardware, there is no difference between the two trims.

It will be interesting to see how these two bikes fare now, especially since the NS160 has become heavier with BS6 updates (151kg), whereas TVS has managed to shed 2kg and bring the kerb weight of the RTR 160 4V down to 147kg (drum version weighs 145kg).

The rest of the motorcycle remains identical to its outgoing model. The styling, colour schemes, graphics, and even the hardware remain the same. The gearbox continues to be a 5-speed unit. Suspension duties are still handled by a telescopic fork and a Showa-tuned preload-adjustable monoshock. Even the brakes are the same. However, we hope TVS has improved the bite and feel of the brakes, just like it did on the 2021 Apache RTR 200 4V. This will definitely boost braking confidence and help the rider develop his skillset in a better manner.

The TVS Apache RTR 160 4V has been our reigning champion in the 160cc segment for a while now. Even upstarts like the Bajaj Pulsar NS160 and Hero Xtreme 160R haven’t managed to ruffle up as much trouble for the RTR as they intended to. Now with the extra performance on tap, we expect the RTR 160 4V to become an even more exciting proposition, especially when you consider the fact that TVS isn’t asking more money for it.