Both bikes have been updated to meet BS6 norms, but that’s not all 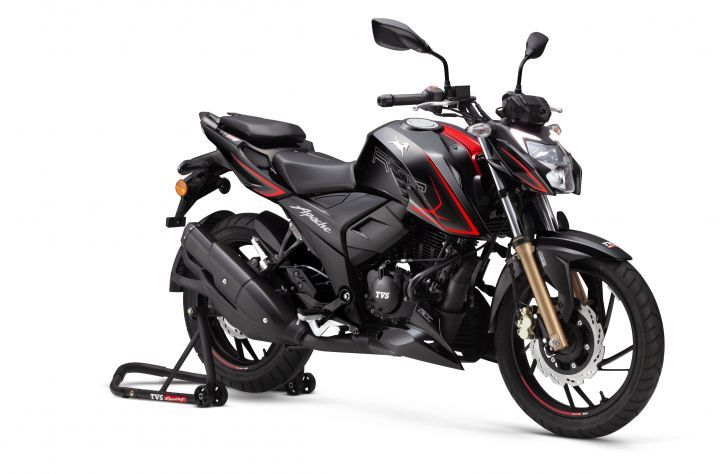 TVS surprised us all by unexpectedly launching BS6-compliant versions of its Apache RTR 160 4V and RTR 200 4V models, but the engines aren’t the only areas that have changed. Here are the five most important bits from both motorcycles:

These two new Apaches are the first BS6-compliant vehicles from the Chennai manufacturer. The more stringent emission norms take effect on April 1, 2020 and we’re glad to see TVS being well ahead of the game and rolling out BS6 models many months ahead of the deadline. These two RTRs are expected to be followed by the bigger Apache RR 310 next month, before the rest of the range is also updated by April.

They both get a new LED headlight

TVS has equipped both the 160 and 200 Apaches with an LED headlight which replaces the previous halogen units. The new design looks quite sharp and resembles some KTM and CFMoto designs, while also being more energy efficient. We hope it offers decent spread and brightness, though, since most other LED headlights tested by us have turned out to be rather disappointing.

Engine output has taken a hit

Unfortunately, both bikes have suffered at the hands of the upcoming emission norms. Power and torque are down by 0.78PS and 0.68Nm respectively on the 160, resulting in final figures of 16.02PS and 14.12Nm. While the 200 has managed to retain its 20.5PS power figure, torque is down by a considerable 1.3Nm to 16.8Nm. Both motors now employ fuel injection as standard.

Aside from changes to the engine, TVS has also thrown in a few more goodies. These are in the form of a single-touch starting system and a low-rpm assist system which TVS calls GTT or glide through traffic. This feature allows you to crawl forwards in traffic in the first 3 gears by modulating only the clutch, with no throttle input required.