All The New Bikes And Scooters Launching This Month

Everything from scooters to middleweights to 1000cc+ monsters 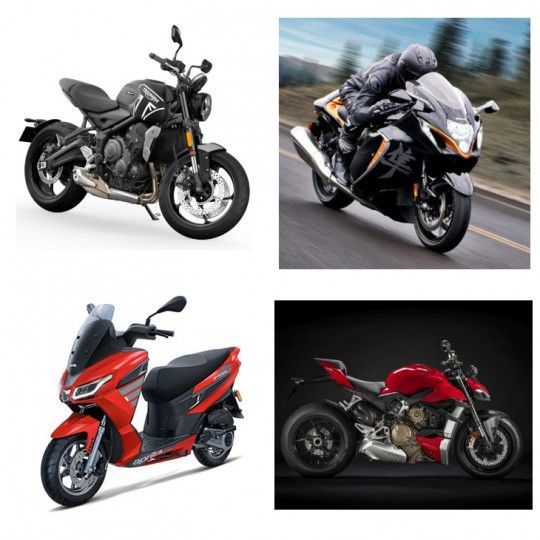 Blink and you’ll miss it! The first quarter of 2021 is already in the books, and as we head into Q2, here are all the new bikes and scooters you can expect to arrive in the month of April:

TVS has formed a habit of updating its flagship motorcycle every year, and the Apache RR 310 is now all set to receive its 2021 refresher. It’s already a pretty well-rounded motorcycle so it’s hard to think of what TVS could add or improve, but here’s what we think is in store.

The RR’s biggest competitor is also due an update, and this is going to be a far more comprehensive affair. The KTM RC 390 has remained largely unchanged since its introduction, but that’s all set to change in 2021. We’ve spotted KTM testing all-new RCs in India several times, and we expect either the 2021 RC 390 or the 2021 RC 200 to launch this month.

On the scooter front, Aprilia will be following up its SXR 160 with the smaller SXR 125. Like its larger sibling, it is also a maxi-style scooter, but this time deriving power from the 124.45cc motor from the SR 125. Output figures stand at 9.52PS and 9.2Nm, and features include LED headlights and DRLs, a digital instrument console and a USB charging port. Pre-bookings are already open, so an official launch should be just around the corner.

Moving up into slightly bigger bikes, there’s a very exciting new Triumph on the way, in the form of the Trident 660. With the Street Twin having recently been hit with a Rs 50,000 price hike, the triple-cylinder Trident will become the most affordable Triumph in India once launched.

[UPDATE: Suzuki has launched the 2021 Hayabusa at a phenomal price point of Rs 16.40 lakh (ex-showroom India). Head here to know when it will reach your nearest Suzuki dealership.]

April will also be the month that the third generation of the legendary Suzuki Hayabusa lands in India. Suzuki has already teased the launch of its top-speed missile, and certain dealers are accepting unofficial bookings too.

A couple of very exciting Ducati models, namely the Multistrada V4 and the Streetfighter V4, are all set to make their India debut this month. Both bikes are powered by the same monstrous four-cylinder motor seen in the mighty Panigale V4, albeit in different states of tune.