On this festival of colours, we list our favourite affordable two-wheeled machines with the most eye-catching liveries 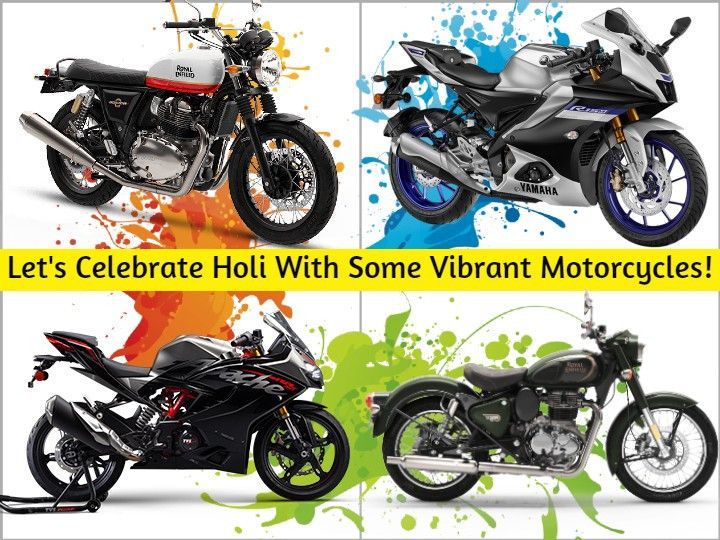 Colours play a huge role in how we perceive things. Our Indian traditions allow us to celebrate our divine love for the lord, a triumph of good over evil, on the occasion of Holi. Motorcycles have become such a part of our personalities to us enthusiasts that even their colour schemes speak volumes of how we feel about them. On this year’s Holi, the Zig team list down our favourite fairly-affordable bikes under Rs 3.5 lakh that have the best liveries:

The launch of the Interceptor 650 was a watershed moment for Royal Enfield as it took the fortunes of the already-successful company to even further heights. This game changing affordable ‘big bike’ also truly put Royal Enfield on the global map. It looked classy, and ticked all the boxes for a quintessential retro roadster packed with just enough modern tech to make it a truly capable bike.

But when I came across the Baker Express colour scheme for the first time, it immediately tugged my heartstrings. The white colour scheme on the fuel tank and the contrasting red colour is perfectly melded together by a gold pinstripe. It’s a fairly straightforward livery, but it really ups the premium quotient of the motorcycle. Oh, and the blacked out treatment on the spoke wheels is simply the cherry on the cake. *Chef’s kiss*

I am split. I cannot pick one over the other. The two motorcycle shades look absolutely incredible. The Continental GT 650’s cafe racer character really comes out strong with this black/white shade and that subtle yellow line splitting the two colours as well as for the background of the RE logo is just smashing.

On the other hand, I was extremely smitten by riding around a Halycon Green Classic 350 for a few days in Pune. In the baking heat, the bike looked so cool. The tank sparkled in the sunlight. And those bronze/copper contrast just hits the sweet spot.

Being a self-proclaimed old soul my favourite-est livery from the year gone by would be the Honda CBR1000RR-R SP 30th Anniversary Edition, which mimics the visuals from the OG CBR 900RR… what a stunner!

But then I heard we have to choose a bike that retails under Rs 3.5 lakh. And once again, I took a cue from a visual classic, er, Continental. Yup, call me a tryhard, but a single glance at the glinting “Mr Clean” tank of the Continental GT won me over. And on closer inspection, the immaculate pinstriping (handmade, that too!) that differentiates the chrome on the tank from the black racing stripe had not just me, but even the Ed going weak in the knees!

This wasn’t easy, but one bike that made its debut recently and caught my attention is the Yamaha R15 V4. The Japanese brand went bold with its new styling and my personal favourite is the Yamaha R15M in metallic grey, which has been inspired from the mighty Yamaha R1M. It manages to grab attention despite running such a subtle shade and the golden finish on the fork gives it a beautiful contrast. Blue wheels aren’t easy to pull off, but the R15M in my opinion does that with panache. For being so distinct, subtle and classy, the new R15M will be my pick. Having said that, another bike and colour combo that really impressed me with its ‘less is more’ approach is the Royal Enfield Classic 350 in Halycon Green.

For some reason, I am smitten by the British Green colour, especially on a retro-styled icon like the Classic 350. And Royal Enfield hasn’t just nailed the shade of green, but the bronze accents and logo on the tank further enhance the retro charm of the motorcycle. The right blend of chrome on the engine and exhaust, with the black wire-spoke rims render this particular colour a tough yet classy look.

I can’t explain what attracts me to the TVS Apache RR310 the most–the bike is a performer, no doubt, but there is something about the way it looks that always has me looking back whenever I see it on the road. The black and grey paint scheme on the RR310 doesn't just look stealthy, but also fascinating, sporty and dreamy. It feels like the perfect formula for a bike like that to get the colours that fit just right. 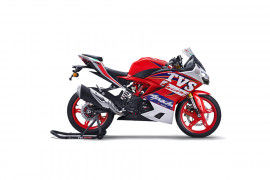 All Comparisons of Apache RR 310