Looks like the facelifted Yaris will drop its quirkiness for a sharper appearance! 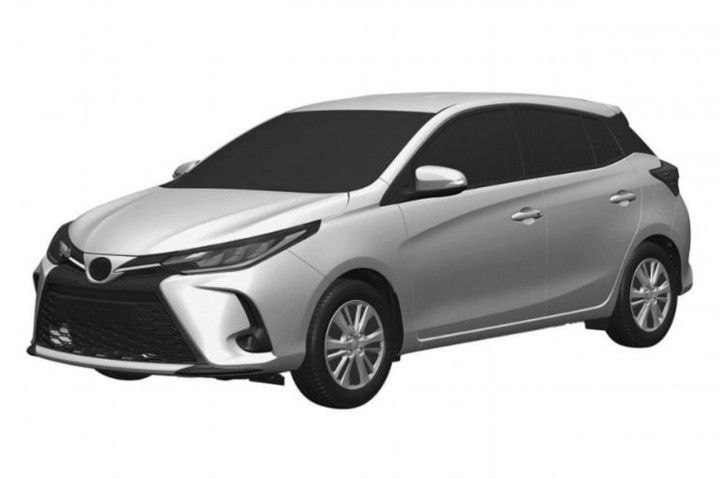 The car you see above looks familiar, right? These are leaked patents that preview the design of the facelifted Toyota Yaris for emerging markets. While the patent is of the Yaris hatchback, it’s highly likely that the same design cues could be carried on to the sedan version offered here and select Asian and South American markets .

Though the facelifted Yaris looks familiar, it comes with an all-new front-end. The grille design is similar to recently launched international-spec Toyotas, which takes cues from Lexus. Also new are the updated LED headlamps and front bumpers, which now come with sleek fog lamp housings. Meanwhile, the side profile looks similar to the current model while the rear-end could come with a slightly redesigned bumper.

The interior of the facelifted Yaris is yet to be uncovered and we expect it to be largely similar to the current model. Features like a touchscreen infotainment system, cruise control, steering-mounted audio controls, keyless entry with push button start and climate control are likely to be retained. On the safety front, it’s expected to retain the seven airbags, ABS with EBD, front and rear parking sensors, and electronic stability control offered in the current model.

Toyota is yet to unwrap the specifications of the facelifted Yaris. Reports state that it could come with Toyota’s Gazoo Racing (GR) Sport package which adds a few more horses and mechanical bits for a sportier drive. That said, the India-spec facelifted model could continue to utilise Toyota’s 107PS 1.5-litre petrol engine with choice of a 6-speed manual or a CVT automatic with paddle shifters.

There’s no word from Toyota Kirloskar, Toyota’s Indian arm, if it has any plans to launch the facelifted sedan here. If it does, expect it to happen sometime next year.