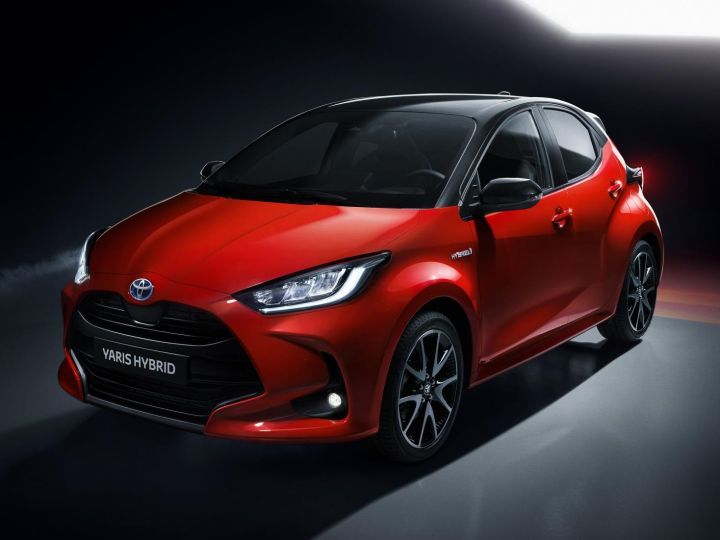 Toyota has globally unveiled the 2020 Yaris, which will also be the first car to be based on the Japanese giant’s spanking new TNGA (GA-B) platform. Been around since 1999, Toyota bought the sedan iteration of the Yaris to India in 2018. To help clinch some numbers from its established competition, Toyota had slashed the prices and also offered a new dual-tone variant. The fourth-generation Yaris hatchback promises to have a fun side along with the efficiency of a hybrid powertrain and some quirky features such as a tiltable seat and an electric all-wheel drive system. A newly developed 1.5-litre petrol and a revised version of the 1.0-litre petrol engine are the powerplant options on offer.

As mentioned, the Yaris is based on the TNGA (GA-B) platform, which features lightweight construction and a low centre of gravity. This also means that the new Yaris will have fun-to-drive traits and an agile chassis. Toyota is yet to reveal the output figures of both the engines on offer. But what we do know is that the 1.0-litre engine will be mated to a CVT that drives the front wheels. The 1.5-litre Dynamic Force Engine comes mated to a 6-speed manual (FWD) or a direct-shift CVT (FWD and AWD). The hybrid setup also uses the 1.5-litre engine coupled with an E-Four electric four-wheel drive system.

The exterior design is a step-up from the previous generation while still unmistakably being a Toyota. Some highlights are the large grille, dual-tone paint scheme and the wide rear haunches. Toyota has followed an ‘eyes on the road’ approach for the new Yaris’ interior design. It features a high-mounted display and a heads-up display to reduce driver’s eye movement. The cabin follows a clutter-free design theme with increased storage space.

The upcoming Tokyo Motor will witness the grand premiere of the hatchback with sales set to commence from February 2020 in Japan. Chances of the new Yaris making its way into India, at least in its hatchback body style, are bleak. Currently, the Yaris sedan is priced between Rs 8.65 lakh and 14.07 lakh (ex-showroom Delhi).