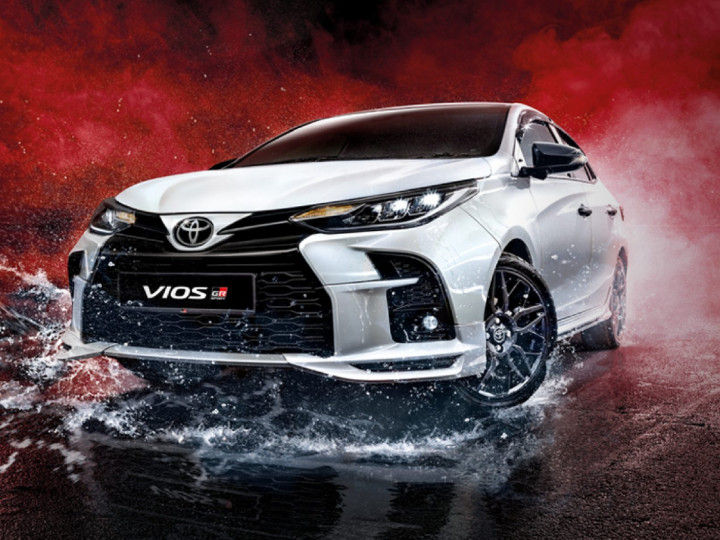 Most of you might know the Toyota Yaris as an easy-going sedan for the common man. However, the folks at Toyota’s performance-oriented GR division have worked their magic to make it a sportier car. Say hello to the Yaris GR-S unveiled in Malaysia. The Yaris is also known as the Vios in the Malaysian market.

Before we delve into the Yaris GR-S, let’s get this clear: the Vios/Yaris GR-S shouldn’t be confused with the Yaris GRMN based on the new Yaris underpinned by Toyota’s TNGA platform. The Yaris GR-S is a sportier variant of the existing sedan sold in India. A host of updates have been made underneath the skin to make it a driver-oriented car.

For starters, it sits on a sports tuned suspension that’s considerably lower than the standard car. It comes shod with 17-inch alloy wheels with 205/45 section tyres. The Yaris GR-S also features a host of cosmetic updates with the main one being an aggressive front bumper with larger air intakes. Further, body skirts and a rear spoiler add to its sporty appearance.

The interior utilises an all-black theme with plenty of red stitching and inserts. Even the needles in the instrument console are finished in red for an air of sportiness. GR badges on the seats remind you that you’re inside the sportier Yaris.

That said, the weak link in this package is the engine. It continues to use the standard model’s 107PS/140Nm 1.5-litre petrol unit, which isn’t as exciting as Honda’s 1.5-litre i-VTEC engine per se. However, Toyota says the new 10-step CVT, a step up from the standard model’s 7-step CVT, should help it keep the engine on boil and extract maximum performance from the engine. One can also shift to Sport mode which sharpens the throttle and gearbox.

The Yaris GR-S is currently offered in Malaysia at a starting price of RM 95284 (Rs 17.34 lakh). An India launch sounds highly unlikely, but it’s great to see Toyota catering to enthusiasts with performance-oriented models.