Will add to the existing Innova Crysta line-up, and is offered in four variants with different powertrain options 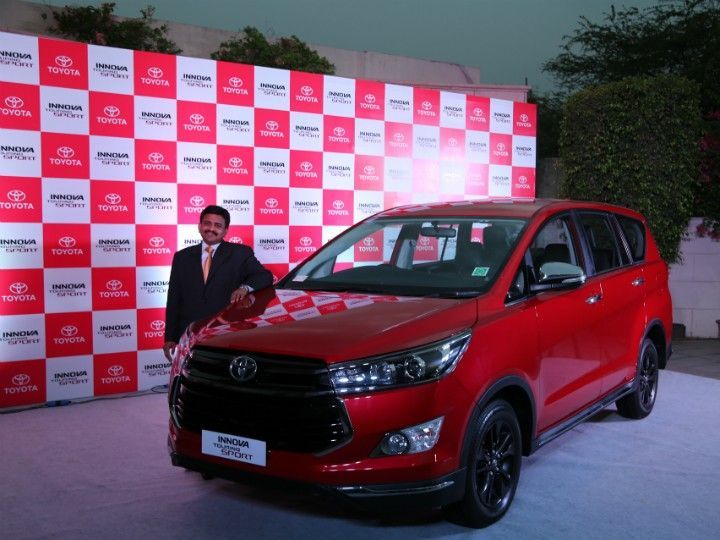 So what differentiates the Touring Sport from the regular car out there? For starters, TKM is offering the Touring Sport in two shades - Wildfire and White Pearl Crystal Shine. The Touring Sport comes with a tag - ‘Designed To Distinguish’, and TKM aims to target potential buyers who want a distinctive style statement, all the while combining the MPV practicality with an affordable package.

The Touring Sport features smoked headlamps, black grille with chrome ornament and front bumper spoiler with chrome bits. The 16-inch alloys now come in matte black finish and you also get black cladding running along the length of the body. At the rear, the car gets black garnish joining the tail lamps and bumper spoiler with chrome highlights. With the changes made, Toyota has certainly managed to make the Innova look a lot sportier, especially in that new Wildfire colour.

Now to the prices; TKM has charged a premium of about Rs 75,000 over the regular Innova Crysta variants, and here are the prices of the Innova Touring Sport variants offered.

TKM revealed that it has sold more than 80,000 units of the Innova Crysta since its launch and 95 per cent of the same is registered in the passenger vehicle segment. Another interesting fact is that 60 per cent of Innova Crystas sold were bought by older Innova customers. However, the petrol variants contributed only about 5 per cent of the total volume sold. In order to maintain business continuity in the backdrop of NGT’s verdict banning diesel vehicles above 2000cc, TKM had introduced a 2.7-litre petrol motor to the Innova Crysta line-up within a few months of its launch.