Toyota has discontinued the sportier looking Innova in the country 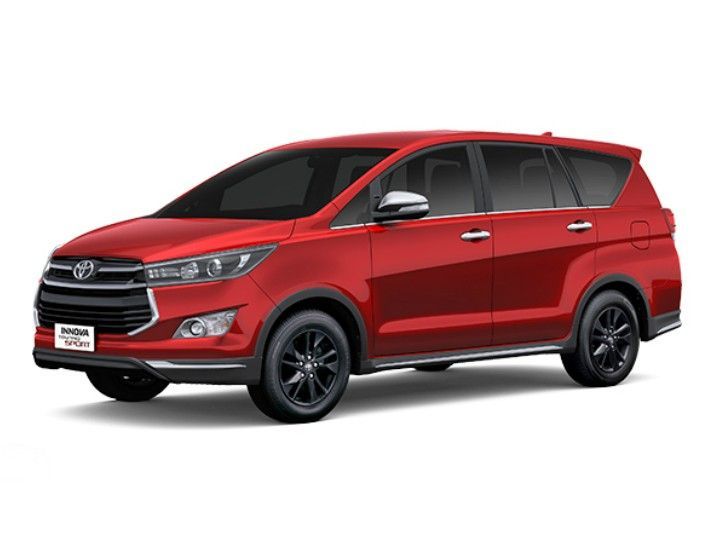 Toyota India has discontinued the Innova Touring Sport in the country and dropped the model from its official website. It’s the sportier looking Innova that comes with cosmetic enhancements to stand out from the regular model. It was priced between Rs 19.53 lakh and Rs 24.67 lakh before facing the axe.

The Innova Crysta Touring Sport was offered with two engines: a 150PS 2.4-litre diesel and a 166PS 2.7-litre petrol. Both engines could be had with either a 5-speed manual or 6-speed torque converter. However, the manual gearbox was offered in the VX variant while the AT came in the top-spec ZX. It commanded a premium of up to Rs 1.38 lakh over the standard Innova.

The main differentiating factor between the standard model and the Touring Sport are the cosmetic enhancements such as blacked-out alloy wheels, smoked headlamps and fog lamp surrounds as well as a black plastic trim connecting the tail lamps. It also featured a ‘Touring Sport’ badge on the tailgate. It was offered in two colours: Wildfire Red and Pearl White.

The Touring Sport’s interior featured black upholstery with contrast red stitching. The faux wood on the dash came in burgundy-red while the wood on the top of the steering was finished in black. The feature list was the same as the standard Innova including touchscreen infotainment with on board navigation, cruise control, climate control, auto headlamps, seven airbags, ABS with EBD, rear parking sensors and traction control.

Come 2021 and Toyota is expected to launch the facelifted Innova Crysta in the country. It gets a minor cosmetic makeover and comes with additional features such as a larger infotainment system with Apple CarPlay. We also expect it to utilise the current model’s 2.4-litre diesel and 2.7-litre petrol engines. Prices could start around Rs 16 lakh (ex-showroom). It will rival the MG Hector Plus, Mahindra Marazzo, and the upcoming Tata Hexa BS6.