Both utility vehicles registered strong numbers despite the market slowdown 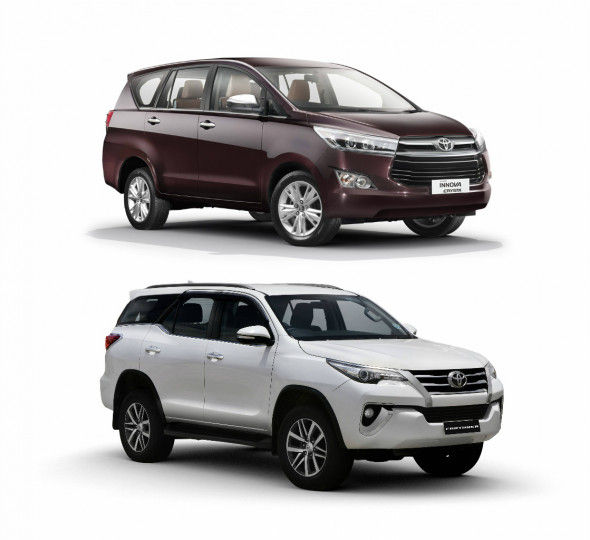 Meanwhile, the Fortuner, which has held a segment share of 54 per cent, registered 63.9 per cent in February 2020. Recently, Toyota launched the BS6 version of the Innova, signalling the end of the 2.8-litre diesel engine. Meanwhile, Toyota has managed to keep the prices of the Fortuner unchanged despite the BS6 update.

Commenting on the occasion, Mr. Naveen Soni, Senior Vice President, Sales and Service, Toyota Kirloskar Motor said, “The Innova and Fortuner have been significant milestones in our journey of two decades in India. We are overwhelmed with the sales performance and truly appreciate the phenomenal response we have received from our customers over the years.”

Bangalore, March 13, 2020: True to its reputation of delivering ever better cars, Toyota Kirloskar Motor’s (TKM) legendary products Innova Crysta and Fortuner continued their undisputed  market leadership. With their magnificent design and unbeatable performance, both the Innova Crysta and Fortuner have carved a niche for themselves in their respective segments. Dominating the MPV segment, Innova has sold more than 900,000 units over the years, holding a segment share of more than 40%. Despite a segment degrowth, in the month of February 2020 the Innova Crysta recorded one of the highest segment shares with 52.91% since its launch in 2016. On the other hand, the Fortuner has held a segment share of 54% in the last one year alone. In February 2020, Fortuner recorded the highest segment share of 63.9% as compared to last one year.

Staying strong by its ‘Customer First’ philosophy over the last two decades, Toyota Kirloskar Motor has introduced several products and services, setting new benchmarks and creating lasting bonds with its customers. While the Innova has been the undisputed leader in the MPV segment, known for its luxurious features, comfort, safety and powerful performance, the Fortuner with its bold design and imposing presence has distinctively given a new dimension to the driving experience, winning hearts across the country.

Commenting on the success witnessed by both the products, Mr. Naveen Soni, Senior Vice President, Sales and Service, Toyota Kirloskar Motor said, “At TKM, we have always strived to listen to our customers’ voice and offer products and innovations that align with their ever-evolving needs. The Innova and Fortuner have been significant milestones in our journey of two decades in India. We are overwhelmed with the sales performance and truly appreciate the phenomenal response we have received from our customers over the years.”